Women Must Know These Things on Uterine Fibroids

Uterine fibroids are non-cancerous tumours that can lead to severe discomforting symptoms. They may require complete removal of the uterus.

What is a fibroid in the uterus? Let us tell you a story to understand better. ‘A 35-year-old unmarried woman suffering from heavy menstrual bleeding and pain during every cycle, looks almost 8 months pregnant with a bulge in the tummy due to fibroid, she would often take iron injections to replenish the blood loss and she tried all possible tablets and injections to get rid of her symptoms after she decided upon surgery as the only definitive treatment.’

What are uterine fibroids?

Dr. Manjula S. Patil, Consultant Obstetrician & Gynaecologist, Motherhood Hospitals, Bangalore defines fibroids as the most common benign (non-cancerous), very slow-growing tumours seen in women of reproductive age group. However, more than 50% of such tumours present no symptoms and thus require no treatment with an exception of an annual follow-up scan which is imperative.

Though the exact cause is not known as to why some women develop fibroids yet there are a few factors that increase the risk of developing fibroid in women like: Late-onset of menstruation, smoking, birth control pill usage and delivering more babies are known to increase the risk of fibroids.

Things to know about Uterine fibroids

Fibroids can be single or multiple. Depending on the size, number and location of fibroids, women can present with various complaints like heavy menstrual bleeding, irregular bleeding, pain during periods, difficulty in conception. However, fibroids can rarely be the cause of repeated abortions, sudden retention of urine and painful defecation. It is important to be aware of the symptoms and management options with proper medical guidance from a gynaecologist when you are detected to have fibroids.

At present, there is no complete cure for fibroids using medicines. However, these options can be considered for patients with mild symptoms with small size fibroids nearing menopause, to get relief from symptoms and minor change in the size of the fibroid and correction of anemia awaiting definitive surgical treatment. Medical options include drugs like birth control pills, monthly hormonal injections, etc. The major drawback with some of the hormonal treatments are limited efficacy and can not be used for a longer duration because of the major side effects. 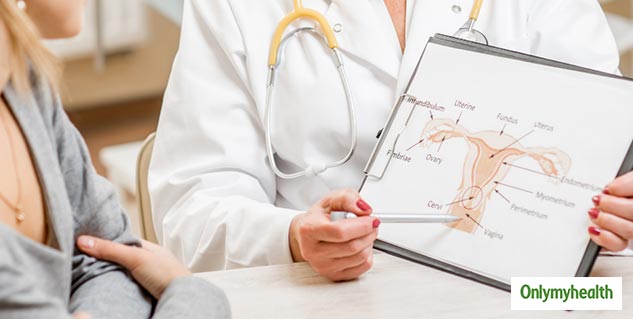 Surgical management is the definitive treatment for symptomatic fibroids. The surgery can be either removal of the fibroid alone or the removal of the whole uterus.

Myomectomy: Myomectomy is the surgical removal of the tumour alone leaving behind the uterus. This is the procedure of choice in younger women, who have not yet completed family or when the fibroid is the cause for failure to conceive. Depending on the location of the fibroid, general condition of the patient and surgeon's expertise, myomectomy is done by either laparoscopy ( keyhole surgery), hysteroscopy ( through uterine cavity) or conventional cut open surgery. Laparoscopy is preferred over conventional surgery with obvious greater short-term benefits but studies have shown no major long-term benefit of one route over the other. The decision has to be individualised on a case to case basis.

Hysterectomy: Surgical removal of the uterus along with the fibroid. It is indicated in elderly women nearing menopause who have completed family and don't want to retain the uterine function. This can also be done through either laparoscopy or conventional surgery.

Also Read: Understand All About Fibroid During Pregnancy and Its Possible Treatment 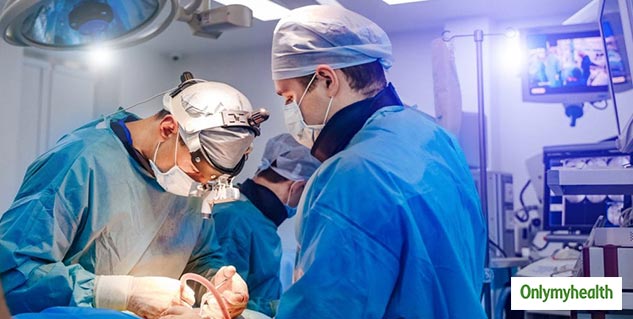 Minimally invasive surgical modalities: These are the procedures aimed at reducing the size of the fibroid either by stopping the blood supply to fibroid ( Uterine artery embolisation) or focussed ultrasound energy is used to generate heat and destroy fibroid (HIFU- MRI guided High Intensity Focussed Ultrasound). These methods require specific operating setup and the trained personnel. Since being newer treatment modalities these are not very popular and there are very few randomised trials comparing their efficacy.

Chances of fibroids turning to cancer are very less likely less than 1 in 100patients and such fear is not an indication to go ahead with the removal of fibroid without any symptoms. Fibroids being the most common tumours, presents with ‘No symptoms to life-threatening bleeding’ and thus require ‘No treatment to complete removal of the uterus’. Timely consultation with the gynecologist and following the advice promptly goes a long way in preventing such life-threatening complications.

MORE FOR YOU
Covid 19: Blood Tests Could Help Detect Long Covid, Study Finds
Invisible Braces Vs. Metal Braces: Which Is Better And Why
Expert Talk: Impact Of Air Pollution On Lungs
How Does Caffeine Impact Your Hair and Skin?
Try These Iron-Rich Foods Which Can Help You Beat Iron Deficiency
Importance of Vitamin D for Skin and Hair