All About Lung Cancer Diagnosis and Treatment

Lung cancer is treatable but it is possible only if it is diagnosed timely. Read this article to know everything related to testing and treatment.

Are you coughing, having hoarseness, or chest pain? Then, you need to be cautious as it can also be lung cancer. Most of us take respiratory issues lightly thinking that it could be normal but it later develops into a chronic issue. Lung cancer develops overtime. Its timely diagnosis can save your life.

In the below article, Dr. Suhas Aagre, Consultant Medical Oncologist and Hemato-Oncologist at Asian Cancer Institute tells what exactly lung cancer is, its diagnosis, and treatment. Remember that timely intervention is key to managing any cancer and improving the quality of life.

Did you know? Lung cancer is one of the leading causes of death all over the world. Currently, the number of people with lung cancer is rising at a rapid rate. Lung cancer begins in the lungs and the ones who smoke have a higher risk of lung cancer, though lung cancer is also seen in people who do not smoke. There is still not much awareness regarding this cancer and one tends to fall prey to myths surrounding it. Hence, a majority of cases go unreported and timely diagnosis becomes challenging.

Also Read: Types of Lung Cancer Non-Smokers Develop And How It Can Be Treated

One with lung cancer will exhibit symptoms such as coughing, coughing up blood, unintentional weight loss, chest pain, a headache, breathing issues, bronchitis, pneumonia, loss of appetite, bone pain, and hoarseness. But one will only see these signs when cancer progresses and reaches the advanced stage. 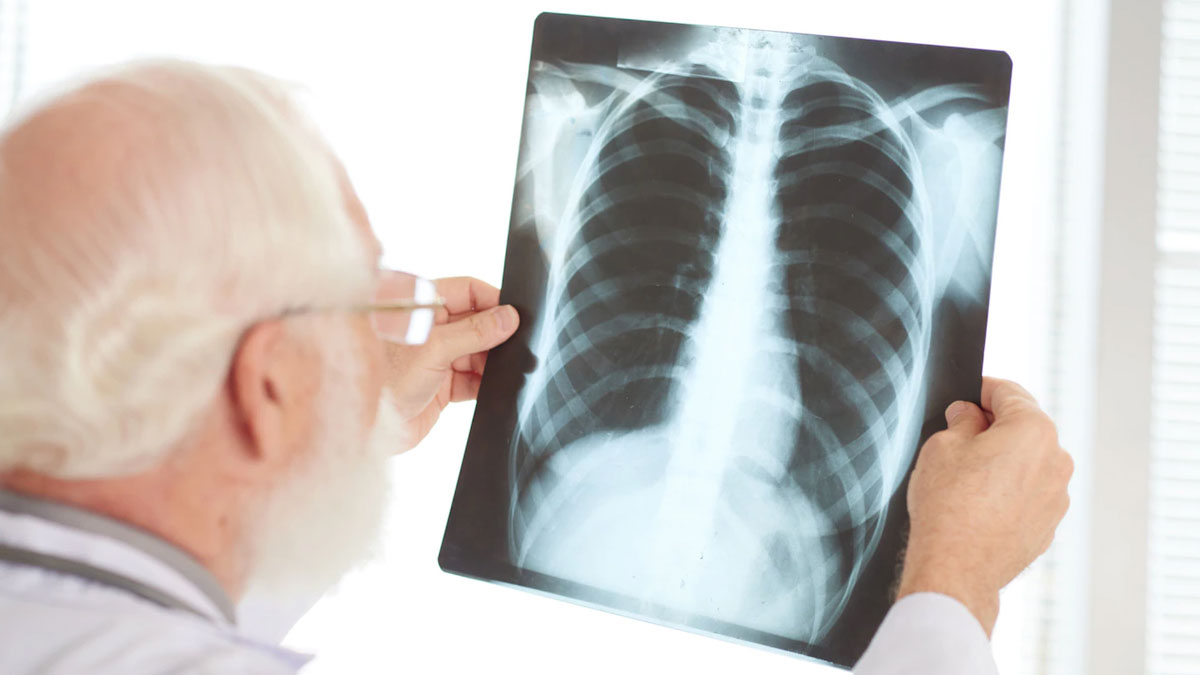 Remember that timely diagnosis can be helpful in managing lung cancer.

Also Read: Why Most Smokers Don’t Get Lung Cancer

Various tools will aid in the detection of lung cancer. Thus, one will be suggested to opt for an chest x-ray, PET CT, Biopsy, Molecular tests or CT scan. Even a lung function test (spirometry) will help the doctor to measure how much one’s lungs are able to hold and also how fast the lungs get filled with air and then emptied. Once the diagnosis of lung cancer is confirmed then the doctor will suggest an appropriate line of treatment for you.

How is lung cancer treated?

You will either be asked to opt for surgery, chemotherapy, or radiation therapy. Currently, targeted therapy is also widely given to a majority of patients in order to block uncontrollable growth and stop the cancer cells from spreading to other parts of the body. Even immunotherapy involves medicines to help one’s own immune system to recognize and destroy cancer cells. It is better to follow the guidelines given by the doctor only.

As mentioned, timely diagnosis is the key to lung cancer treatment. You must not ignore any unusual symptom as it could be a warning sign of lung cancer.

Colorectal Cancer: Signs And Dietary Changes To Reduce The Risk Of It