Most kids suffer from at least one type of adenovirus infection by the time they’re 10 years old. Read ahead to know more.

Adenoviruses are a group of viruses that can cause several infections which includes infecting the lining of the eyes, airways or lungs, intestines, urinary tract, and nervous system. These infections are more common in children than in adults. However, anyone can get them. Most kids suffer from at least one type of adenovirus infection by the time they’re 10 years old.

How Does Adenovirus Spread?

Adenoviruses are common in places with large groups of kids, such as day care centres, schools, summer camps, and trips. The viruses are considered to be very contagious. They  spread when someone who's infected coughs or sneezes around others. The droplets containing the virus fly into the air and land on surfaces, which causes the virus to spread.

A child can catch the virus when they touch the hand of someone who has it or perhaps comes in contact with a toy or any other object held by someone who is infected and then in turn touches their mouth, nose, or eyes. The virus spreads quickly among children because they’re more likely to put their hands on their faces and in or around their mouths.

The symptoms of adenovirus infections primarily depend on the type of adenovirus and which body part is affected. Most adenoviruses symptoms are similar to those of common cold which may include fever, sore throat, congested or runny nose and a cough.

On the other hand, urinary tract infections, swelling of the brain and spinal cord, pneumonia, diarrhoea, and pink eye are a few uncommon symptoms of adenovirus. If you think your child may show one of these symptoms, check with their paediatrician at the earliest. It is suggested to always call the doctor if a baby is under 3 months old and showing symptoms.

A few other serious symptoms of adenovirus are: 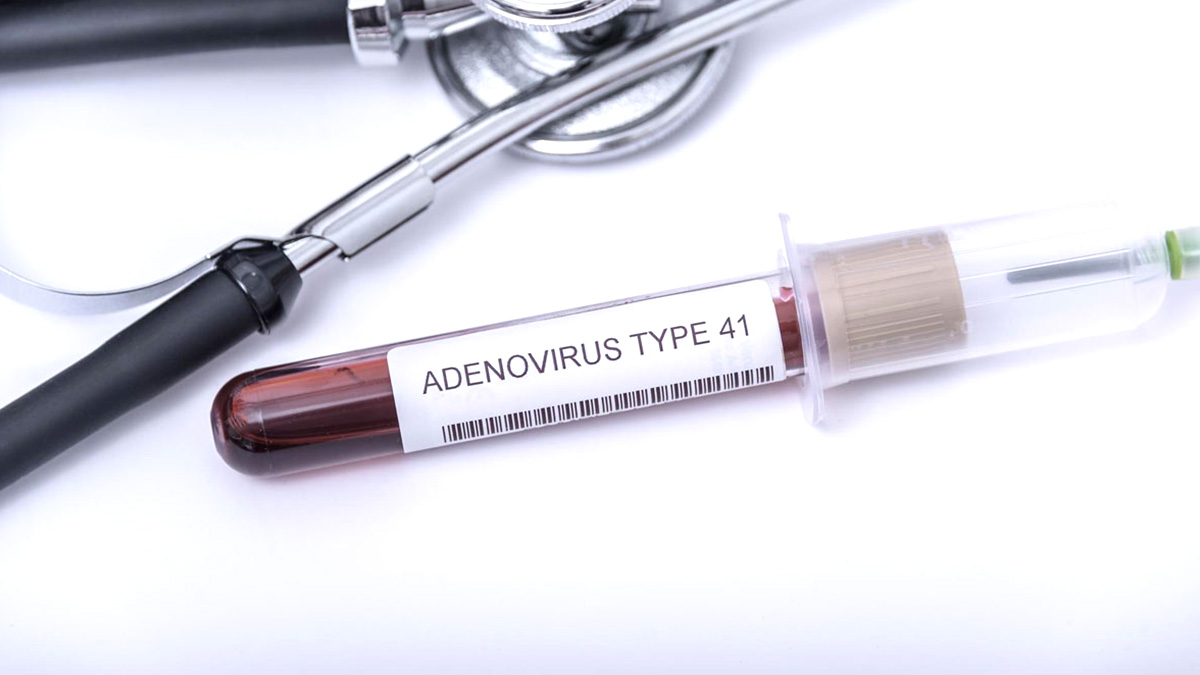 A physical exam and possibly one or more of the below mentioned tests can be conducted to see if a virus or bacteria caused the infection to spread:

Antibiotics won't help adenovirus infections because these drugs help in killing bacteria. Children are known to often get over the illness on their own within a few days. However, some infections like pink eye or pneumonia can last for a week or more.

During the monsoon season, children are more susceptible to adenovirus. Wet surroundings, high levels of humidity, and stagnant water cause a general dip in hygiene and therefore, one should take all the precautions to steer clear from the virus.