5 Most Searched Diseases On The Internet In 2019

Wrap 2019: Know the most googled diseases that people searched for this year in this article.

With only a few days left for 2019 to get over, we have brought to you the 5 diseases that topped the search trends in Google this year. People googled these diseases the most to get details such as their causes, symptoms, diagnosis, treatment, etc. for one or the other reason. Seasonal diseases like dengue, epidemic like Encephalitis, and deadly illness like cancer are a part of this list where most of the searches were due to link with celebrities. To find out, read this article.

Is there anybody who isn’t aware of this fatal mosquito-borne disease that took millions of lives in the past few years. Even though medical science has succeeded in developing a cure for this deadly illness, it hasn’t stopped and still, hundreds of thousands of people die every year of this disease.

Read what Padma Shri Awardee Dr. K K Aggarwal, President, Heart Care Foundation of India and Vice President of CMAAO said about dengue, “Controlling mosquito multiplication should be a joint effort of the civic body as well as the individual. Ensuring clean surroundings is a half battle won. Broadcast SMS and informative mailers should be circulated about the health hazards of getting in contact with infected mosquitoes. In such cases, public health should be of prime importance.”

Veteran actor Dharmendra was also admitted to the hospital after being diagnosed with dengue. Check out his insta post here.

Love you friends, I am hale hearty with your good wishes.

Also Read: WHO Facts: All You Need To Know About Dengue Fever As Laid Down By WHO

This was an epidemic that made headlines in mid-2019. over 100 children succumbed to death after getting acute encephalitis syndrome. As per doctors, the two reasons behind this disease were:

1. Consumption of litchi which is a summer fruit. As per the news, children who ate litchi got this lethal syndrome.

2. Hypoglycemia or lowering blood sugar in the body

As per WHO, this disease causes inflammation in the brain. If the person doesn’t receive treatment on time, he/she would die. 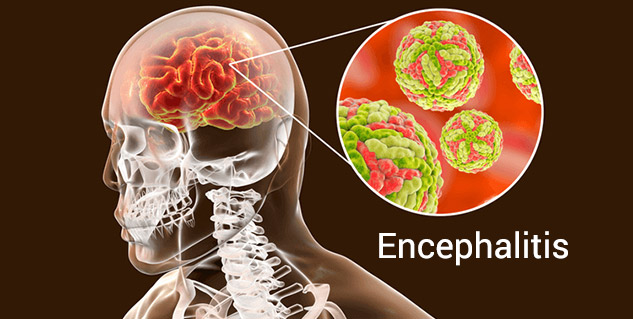 Anything that has a celebrity connection becomes news and spreads like wildfire. Within seconds, people start running their fingers on the keyboard to know all the insights about that thing. ‘Depression’ was searched not because thousands of people are suffering from this but because Alia Bhatt’s sister Shaheen Bhatt came out in open and accepted that she has been dealing with depression since she is 13.

Recently, the doting sister Alia Bhatt was seen supporting Shaheen Bhatt as she launched her book- ‘I’ve Never Been Unhappier’.

Cancer has numerous types but the one that was most searched was stage zero breast cancer after actor Ayushmann Khurrana’s wife Tahira Kashyap got diagnosed with this cancer. She is a brave lady who never shied away from the circumstances. From accepting her medical condition to being actively updating her health status on social media to fighting back and winning the battle against cancer, she emerged as a star.

Very recently, Tahira and Sonali Bendre(who is also a metastatic cancer survivor) came on a talk show and openly talked about their battle with cancer and all the challenges that came their way.

An opportunity to give competition to the Kardashians just went wasted! A week back I mentioned about ‘my badge of honour’ that I was going to receive. And I did and am happy to share about it with the intention of it being received with love. As that’s the only reason I am posting it. Love for self and gratitude for the universe. The picture might be disturbing for some, but these drains have become my dumbells for a few days. I was detected with DCIS (ductal carcinoma in situ) in my right breast with high grade malignant cells. Simply put stage 0 cancer/ pre-cancerous stage, with cancer cells multiplying in a contained area. The result I have become a half Indian version of Angelina Jolie (since only one breast was involved)! I told my doctor now is the time to give some competition to the Kardashians since Pamela is passé. But no one listened to me, so now I have a portion of my back tissue in my breast. Perhaps now I can do chin-ups with my breasts! Jokes apart, this obstacle has given me a new definition of life. Respect it’s unpredictability and have the faith and courage to be the hero of your own drama of life. The invincible human spirit is God like, gives you the courage to endure and the will to revive. There is nothing that human spirit can’t do. Also I want women of all ages to be aware. I am 35, and I was returned twice over from a mammogram. If any symptoms come up, think of it as a protective force and get yourselves examined. Also we are so obsessed with boobs. This mastectomy has left me with even more self love! Big, small, left or right inclined , gravity pulling or defying, or even none, each breast the presence or lack of it has a story to tell. Mine has made me a 2.0 version of myself! This post is dedicated to awareness, self love and resilience of a warrior that I know each one of us possesses❤️ #breastcancerawareness #selflove #determination #faith #bodhisattva #bodhisattvaoftheearth

Well, India is the Diabetes capital and every day, thousands of searches are based on diabetes, its prevention, home remedies and everything that has any link with this disease. Why type-1 Diabetes was googled the most this year? It was after Nick Jonas released a video on his diabetic condition. Nick Jonas got diabetic at the age of 13.

For the uninitiated, type-1 Diabetes mostly occur in childhood and stays on forever. The patient of this diabetes type needs to always be very careful about his/her health. As per doctor