You can Treat Grilled Meats for Harmful Substances with Beer

It has been found that the level of potentially harmful substances in grilled meats can be reduced by marinating it in beer.

Marinating your meat in beer will not only make it tasty, but also healthier. It has been found that the level of potentially harmful substances in grilled meats can be reduced by marinating them in beer. 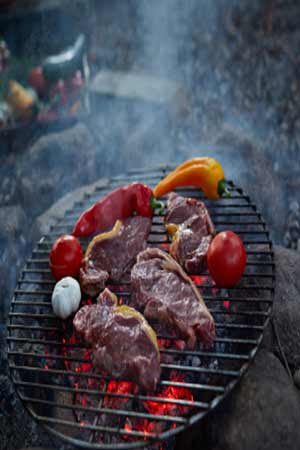 When meats are cooked on high temperatures, just like grilled meats, substances called Polycyclic Aromatic Hydrocarbons (PAHs) are formed in them. High levels of PAHs are associated with cancers in laboratory animals. These levels are also found in cigarette smoke and car exhaust. It however remains uncertain that this holds true for humans as well.

The European Union Commission has demonstrated the most suitable indicators for the occurrence of carcinogenic strength of PAHs in foods. It has also assigned the maximum levels for these compounds in foods.

Not just a beer marinade but wine and tea marinades can do the same work. They can also reduce the levels of PAHs in cooked meats. However, the affect of different beer marinades on PAHs is still unknown.

During the study, the researchers had marinated the samples of pork in beer, non-alcoholic Pilsner beer or black beer ale for four hours. They then grilled those meats on a charcoal grill until they were well-cooked.

They observed that as compared to unmarinated samples, black beer had the strongest effect and reduced the levels of eight major PAHs by half in the pork samples.

"Thus the intake of beer marinated meat can be a suitable mitigation strategy," researchers said. Previous studies had shown as association between the consumption of grilled meats with a higher risk of developing colorectal cancer.