Yogurt has anti-inflammatory properties and it reduces the 'leakiness' of the gut as adenomas are associated with increased gut permeability. Read what the research says

Yogurt vs curd has always been a fight. Some people prefer yogurt while others may like curd, but the best thing is both are rich in nutrients. So whatever you opt for you will be benefitted. Curd is one of the ancient appetizers in India. Many of our customs and traditions are linked to it. Also, the curd is made up of coagulating milk, meanwhile, yogurt is made up of bacterial fermentation of milk. Yogurt comes in various tastes as well which is a way to trick your children to eat it. But have you ever heard that yogurt cures cancer? Don't be surprised, as new research has indicated that having yogurt could decrease the pre-cancerous bowel growth risk in men.

The research has revealed that eating yogurt twice a week, could help to lower the risk of growth of the abnormal tissues which further develops into the bowel cancer. The focused associations were strongest for abnormal tissues which are most likely to develop into cancer, especially for those placed in the colon and not in the rectum. The research was authored in the journal Gut. 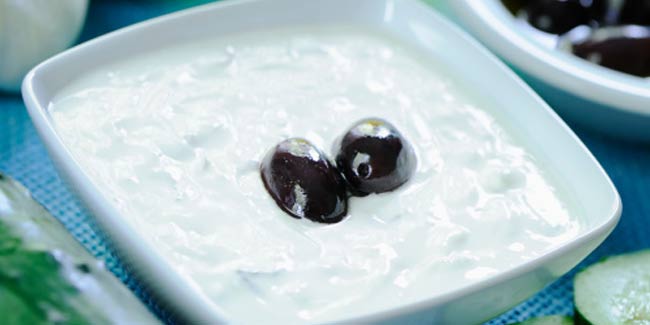 You must be thinking that how yogurt will decrease the risk? Here's the explanation: If you consume yogurt on a daily basis, then it would help change the kind of bacteria (may also change the volume) in the gut (microbiome). However, it is not clearly indicated whether yogurt consumption might also be linked with a decreased risk of pre-cancerous abnormal growths. Lactobacillus bulgaricus and Streptococcus thermophilus are the 2 bacteria that are present in the yogurt. These bacterias are supposed to decrease the count of cancer-creating chemicals in the gut.

READ: Mood Swings in Men: Everything You Need to Know about it

The study was conducted on various types of adenoma. The scientists also looked after their meal plans. More than 30,000 men from Health Professionals Follow Up Study and above 55,000 women from the Nurses Health Study were part of this research. For the research, the members had a lower bowel endoscopy.  It is a technique that helps a doctor to view the layers of the gut. The whole data was collected about meal plans, which also had the quantity of yogurt consumption. It was done every four years. During the span of research, five thousand eight hundred and eleven abnormal tissues were cultivated in men, whereas in women it was above eight thousand.

The data were compared and the result was, men who consume yogurt were nineteen percent less likely to have the growth of abnormal tissues than those who don't eat it. However, the researchers stated that no obvious link was seen for men with a more dangerous type of abnormal tissue. However, a trend towards decreased danger was optimized for those measuring one or more than one centimeter. (it is supposed to be an important disclosure)