On this Men’s Health Week, we spread awareness on the basics of men’s health and wellbeing and how important it is to treat medical conditions for timely rehabilitation

Men often end up hiding several health issues, which can be of grave concern. Due to incapability to express or fear of becoming a laughing stock in the society, men often resort to home remedies or even end up going to quacks for treatment of sexual health. Erectile dysfunction is a significant health concern that men often face but are unable to open up for a solution. ED, which was earlier said to be age-related problems in men, now is common to be found in men of all age groups.

Lack of Awareness and Stigma Men often associate ED with a stigma to not fulfil their partner’s desire. However, it is a growing health concern with the need to be treated well on time. In today’s time, when the masses are aware of the general health and wellbeing, young men are getting ED due to psychogenic diseases. In this type, the younger men, often unmarried, reeling under the stress of finding a partner are affected. Several acquired diseases also can be a reason for ED. Cardiovascular diseases can be a resultant of ED in men. One should be aware of the situation and be open about treating their problems. More than 90 million men are affected with ED but end up losing their partners due to lack of acceptance. Did you know that there are several treatment options like implants that can help address the problem? Some of the precursors to ED can be:

Also, some of the conditions that increase the chances of ED in men include: 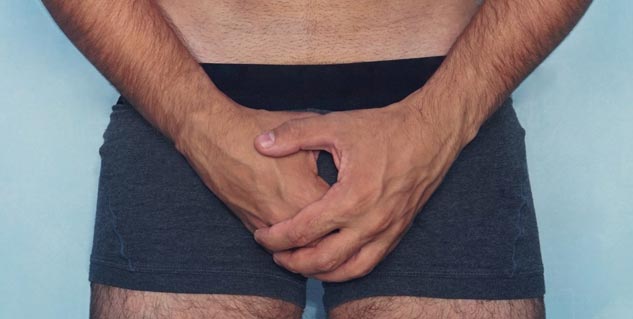 Dr Vineet Malhotra, Clinical Director, Urologist & Andrologist, Diyos Hospital, New Delhi, says, “Multiple treatment options are available for men suffering from ED. From sending acoustic waves to different parts of the male organ to counselling sessions, men can very well be treated owing to several advancements in the technology. Lack of awareness is one of the major problems faced in India. Medical speciality like ‘Andrology’ helps treat men with ED.”

ED is often classified into three major categories, denoting its severity – Mild, Moderate, Severe. It is essential for men to understand the symptoms of timely treatment. “With the advancement in andrology, ED patients can now be treated. This treatment option includes the use of a vacuum erection device, which is a hollow tube with a battery-operated pump. The tube is used to suck the air inside the tube. This helps in increasing the flow of blood in the veins, adds Dr Vineet Malhotra.

Following are some of the psychological symptoms of ED on a patient:

To counter these issues, one should do the following:

Alert! Wearing Tight Belt Might Hamper Your Masculinity, Know All The Health Dangers