World No Tobacco Day 2019: Effects of Tobacco Addiction and Ways to Counter it

The aftermaths of tobacco addiction are disastrous. When trying to break a habit such as smoking, that has been with you for ages, it feels like trying to break a chain that’s impossible to break! IT is often seen how a smokers support their smoking with various physiological and psychological weaknesses. To stop smoking, it is important for a person to have a strong will. Constant cravings, mood swings, jittery hands and a lot many things make it difficult for a person to complete give up on smoking. Dependence on smoking and tobacco forms lead to withdrawal symptoms. Following are a few psychological effects of tobacco addiction: 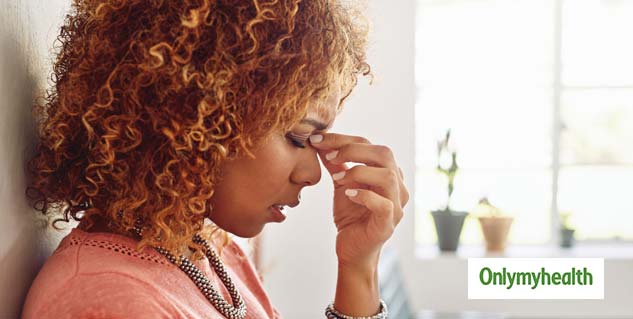 They start it so that they can gain conformity in the group of friends and are not cast away on the periphery. Teenagers, in particular, smoke by looking at it as a sign of adult behaviour. They think smoking helps them to cope up with difficult times. They tend to smoke regularly to feel better and relieved from heavy emotions. For some, it is just an excuse for interrupting work and snatching a moment of pleasure. “Tobacco is harmful in all forms to each one of us, always and it’s never too late to quit,” says Dr Ashok Vaid, head Medical Oncology at Artemis Health Institute.

According to the WHO Report, 2007 tobacco use is the single most preventable cause of cancer death worldwide. Need more reasons now? Be aware of why you want to quit smoking. Digging for reasons can be a crucial task but is the first step towards quitting. According to Dr Shayam Aggarwal, leading oncologist, Sir Ganga Ram Hospital, here are few ways by which you must say no to that drag:

Yoga: Yoga plays a significant role in delivering peace of mind and acts as a stress buster (as maximum people are addicted to smoking due to their stressful schedule).

Be Optimistic: Believe that you can quit. Think about some of the most challenging things you have done in your life and realise that you have the guts and determination to quit smoking. Doctors suggest that more than a habit, leaving is simply one’s mental frame of mind.

Dealing with cravings: Replacing cigarettes with healthy snack or water is a good option. Cravings can frequently occur during the first few days after one stops smoking. A craving generally increases in the amount over approximately three to five minutes and then begins to subside.

Detach yourself with cigarettes and related stuff: Toss all your cigarettes and associated items in the garbage. Including matches, ashtrays, lighters, rolling papers, cigars, hookahs, logo clothing- discard anything to do with smoking. This will give one a burden-free feeling and will help in letting out positive energy.

Change your identity and self-image to “I am a non-smoker.”: It is essential to change one’s personality to that of a non-smoker so that smoking does not fit with their identity. This kind of change of identity will fill them with positivity and encouragement to further quit smoking from its roots.

Stay a Quitter: Some may slip and puff “just one cigarette”, while others experience a total relapse. After some time, some quitters get back to their smoking habit due to temptation and persistent nicotine carving. Researchers suggest that smokers who quit are at higher risk of relapsing in the first three months of becoming smoke-free. Following are a few ways to achieve something that you feel is impossible: