Wine Good for Heart Only if you Exercise, says Research

A latest research suggested that wine can only be beneficial against cardiovascular diseases for people who exercised regularly. 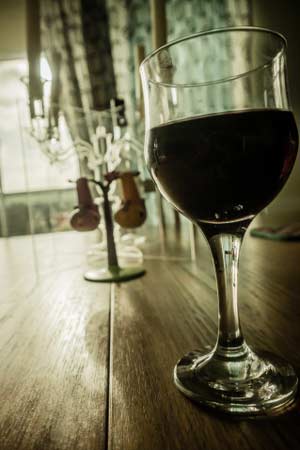 Wine when consumed in normal amounts can prevent you from heart diseases however, this has a limitation attached to it. Wine can only prove beneficial when clubbed with a regular exercise regime, says a new study.

The study by professor Milos Taborsky from the Czech Republic states that wine can only prove beneficial against cardiovascular diseases for people who exercise.

Taborsky said "this is the first randomised trial comparing the effects of red and white wine on markers of atherosclerosis in people at mild to moderate risk of CVD. We found that moderate wine drinking was only protective in people who exercised. Red and white wine produced the same results".

This study became the first long-term, prospective randomised trial that compared the effect of red and white wine on markers of atherosclerosis.

The study had 146 participants who were at a mild to moderate risk of cardiovascular disease. These participants were randomised to one year of moderate consumption of red or white wine from the same year and wine region of Czech Republic.

These participants maintained a logbook of their consumption of wine and other alcoholic beverages, medications and the amount and type of exercises they performed.

No difference was found by the researchers between High-density lipoprotein (HDL) cholesterol levels recorded at the beginning of the study and the level recorded after one year in either the red or white wine groups.

According to Taborsky "a rise in HDL cholesterol is the main indication of a protective effect against CVD, therefore we can conclude that neither red or white wine had any impact on study participants as a whole".

"A rise in HDL cholesterol is the main indication of a protective effect against CVD, therefore we can conclude that neither red or white wine had any impact on study participants as a whole".

He added "in this group HDL cholesterol increased and LDL and total cholesterol decreased in the red and white wine groups. There may be some synergy between the low dose of ethyl alcohol in wine and exercise which is protective against CVD".

While concluding Taborsky said "our current study shows that the combination of moderate wine drinking plus regular exercise improves markers of atherosclerosis, suggesting that this combination is protective against cardiovascular disease".

The study was presented at the European Society of Cardiology (ECS) Congress in Barcelona.