Why is an Extrovert a Risk-taker and an Introvert a Nap-seeker?

Bill Gates, J.k Rowling and Van Gogh belong to the family of famous introverts. If this is hard for you to believe, here is something to bust all the myths you may have about introverts and extroverts.

J.K. Rowling penned her blockbuster novels in the confines of an introverted chamber of her mind, Van Gogh gave us sunflowers he painted in the yellow house of introversion and Bill Gates opened Windows to let his own feelings into his life. It is for these “undead”, introverted comrades that we have so much creativity to explore our grey cells too. But, as despised as it may be for the introverts, the world that we currently live is so-called extroverted.

Unknown to most of us is a certain fact that controls our lives, that which neither can be named nor can it be decoded. This fact determines the kind of friends we have, the kind of career path we choose and how we react to certain situations. This fact is whether we are an introvert or an extrovert. Contrary to what the entire world believes the definitions of each of these terms are, an introvert is not someone who is anti-social or shy and the extrovert is not someone who is loud and unparalleled. The former prefer environments that are not over-stimulating and the latter prefers a lot of company round the clock.

Just like there are myths surrounding almost everything palpable, introverts, as well as extroverts, have some to their kitty too. That introverts would rather take a nap and extroverts would crash cars at night is a common phrase.  But, does the fact of the matter reveal that extroverts actually love taking risks?

Why Introverts Long for a Weekend Full of Time with Family?

Introverts tend to be highly responsive to a stimulus such as noise, emotions, etc and they need less of them or they can get over-stimulated. So, introverts would rather find themselves clutched between their limbs under the blanket or watching back-to-back soaps with their family. They would rather stay put and rust their adrenaline than go out even if the earthquakes. Why Extroverts Long for Shorter Nights and Longer Days?

If it were possible, the extroverts would turn the clock or tempt the sun to come up early so they can trudge out and never come back home until they are too tired to breathe. Extroverts love to chase status as well as monetary rewards and being on the run gives their adrenaline a kick. So, yes they would take risks as long as it makes them the life and soul of the party, the office or just about any place.

What have we been doing Wrong?

Believe or not, but the fame of the archetypal extrovert is widely ballyhooed because each of us has a role to play in it. All too often we unthinkingly end up admiring a particular type of individual who is comfortable to put herself/himself “out there”. As parents, we push our children to socialize with other kids; we would be rather pleased to know that they are going to birthday parties than reading an intellectually level-headed book alone.  As recruiters, we tend to give a prospective offer to only those people who have “people skills”. To be successful at work, we are expected to advertise ourselves unabashedly.

Why should we Change the Trend?

According to science, social interaction makes us healthier and happier, and this is right. But, there are a variety of social connections and many ways to make one work. While extroverts would be happy to make small talks with strangers, introverts would prefer to have meaningful conversations with limited friends and family members. If there weren’t any introverts, the world today would not have Newton’s law of gravity, the Apple iPad, the Harry Potter and many more. 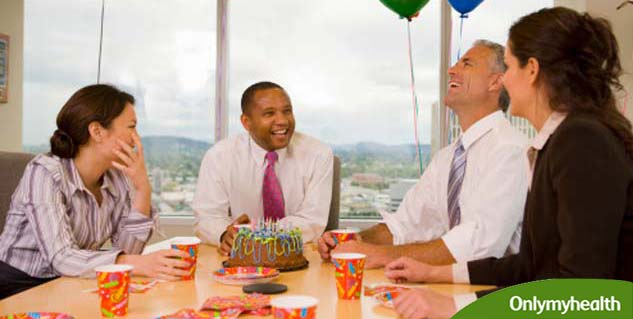 Several studies have shown that burying nose into a book and having meaningful conversations can always work in keeping people happy. Some studies have suggested that reading makes one more empathetic and also improves social skills. That, however, does not mean that extroverts participate in gibberish and meaningless behaviours. They are often seen leading other people and helping them grow academically or professionally. They are go-getters and the most approachable.

Extroverts and introverts often find themselves attracted to each other by a sense that the former completes the latter and vice versa.