Why do some smokers never get cancer and few non-smokers do?

Carcinogens are one of the many cancer-causing substances found in cigarette that injure cells in the lungs. However, not everyone who smokes develop lung conditions.

It is a universal fact that smoking is a major cause of lung cancer. Lung cancer used to once be so rare that it was typically confined to medical literature. But, with time the population of smokers has risen dramatically. Lung cancer has now become an international concern. 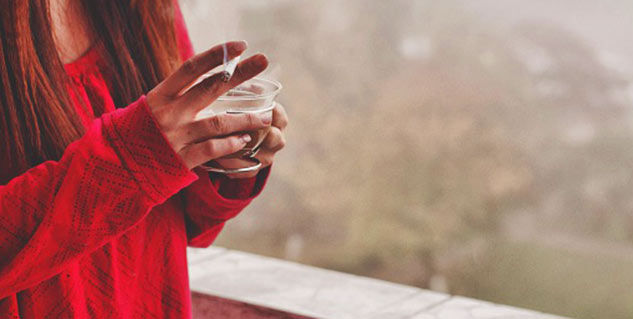 Epidemiological studies suggest that the more a person smokes, the higher is his risk of getting lung cancer; and if they stop, their chances of developing lung cancer drops significantly. Nevertheless, not everyone who smokes gets lung disease because our bodies can repair themselves and the rate of recovery differs from person to person.

Carcinogens are one of the many cancer-causing substances found in cigarette that injure cells in the lungs. This process of causing harm to cells can lead to mutation or abnormality that makes the cell act unusually. The more there is abnormality in the cell’s DNA, the more bizarre the cell behaves until it is able to grow, separate, replicate and plague other tissues, which is the hallmark of cancer.

What makes some smokers to never get lung cancer?

There can be a number of reasons for lung cancer. To begin with, one needs to hoard a lot of these mutations before the cell become cancerous. Secondly, some individuals may seem to be more susceptible to mutations caused from these cancer-causing substances in comparison with others. Lastly, our body is quiet good at repairing mutation, so it sometimes, may never cause the cells to become cancerous.

There are almost one in ten people who get lung cancer, depending on how much they might have smoked. And, if you think nonsmokers can’t get lung cancer, you are wrong! In fact, almost 15% of lung cancer occurs in people who have never smoked in their life. This is because of the exposure to other carcinogens, such as asbestos or radon.

Scientists are just beginning to learn the mutation status in the DNA of nonsmokers and have found some unique mutations that are rarely found amongst smokers. Although scientists are not sure about the causes of this mutation, they have designed some drugs that are effective in inhibiting them.

If you smoke, it is not too late to quit as your risk of lung cancer will decrease with quitting and so will the risk of dying from a smoke-related disease.