What is Recurrent Miscarriage and its Causes 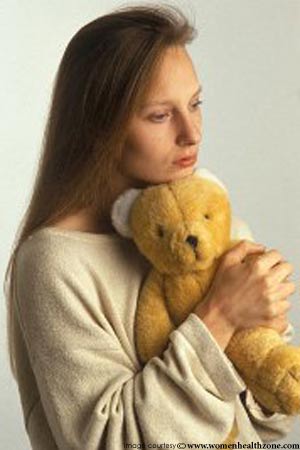 Genetic abnormalities in embryo increase the risk of recurrent miscarriage by 3% to 5%. Chromosomal abnormalities that are passed from parents to child can lead to natural termination of pregnancy in its early stages. In some cases, an embryo contains the wrong number of chromosomes or they are not arranged properly, which results in recurrent miscarriage. In the Textbook of Gynaecology, the author, Kamini Arvind Rao, talks about genetic abnormalities and states that, “This is the most common cause identified in the first trimester losses. Chromosomal abnormalities have been implicated as a direct cause of spontaneous abortion wherein autosomal trisomy, polypliodi and monosomy X were the common anomalies identified. Genetically balanced structural chromosome rearrangement in either of the partner has been associated with recurrent loss of pregnancy in about 4-8% of the couples.

On an average, hormonal imbalance plays a key role in 20 percent of the total recurrent miscarriages. Inadequate production of progesterone (luteal phase defect) and high level of luteinizing hormone can lead to recurrent miscarriage. Therefore, the women who suffer from hormonal disorders such as Polycystic Ovarian Syndrome (PCOS) need to take extra care of themselves during pregnancy.

Thrombophilia is a disorder of blood coagulation which increases one’s risk of miscarriage. It is seen to be the underlined cause in 15 percent of recurrent miscarriages. This disorder blocks blood flow to placenta thus, causing foetus’ death. Some women with blood clotting disorder may experience repeated miscarriage or several pregnancy complications while the others may go through one or more pregnancies without any complications. Such disorders are mainly caused due to anticardiolipin antibodies and antiphospholipid antibodies. Thrombophilia can be genetic or acquired.

According to Harrogate and District, NHS Foundation Trust, Anti-Phospholipid Syndrome (APS), which is an acquired thrombophilic state, causes three or more unexplained consecutive miscarriages before 12 weeks of gestation. Many studies are still being carried out to focus on the possible association between genetic thrombophilia and recurrent miscarriages.

In his paper on recurrent miscarriage, Marc Dhont, MD, PhD from Department of Obstetrics and Gynecology from a reputed hospital in Belgium said that episodes of recurrent miscarriages can be an outcome of the environment that the expectant couple live in. They are often concerned about the toxins present in the environment such as organic solvents, ionizing radiation, heavy metals (like mercury and lead), pesticides, cigarette smoke and alcohol that contribute to their recurrent pregnancy loss. He also said that there is not much hard evidence available on the impact of environmental toxins on a woman’s pregnancy.

Other Causes of Recurrent Miscarriage

Diabetes: Undiagnosed and uncontrolled diabetes mellitus can cause recurrent miscarriage. A woman experiencing multiple miscarriages should get herself diagnosed for diabetes. If she is pre-gestational diabetic, she should take measures to control her fluctuating blood glucose levels.
Endocrine Disorders: Endocrine disorders such as Hypothyroidism, Hyperthyroidism, Polycystic Ovary Syndrome, Hypopituitarism, and Adrenal Insufficiency also increase the risk of recurrent miscarriage. Women trying to conceive should get themselves checked for these conditions.
Immunological Factors: Another possible cause of recurrent miscarriage is immunological factors such as autoimmune and alloimmune. In case of autoimmunity, the antibodies against self are developed, they destroy cellular or sub-cellular components of the body. In addition, imbalance in alloimmune factors also contributes to recurrent miscarriage.
Weak Cervix: Weak cervix during second trimester of pregnancy can lead to recurrent pregnancy loss.

Women who have had one miscarriage and are trying to conceive again should go for Recurrent Pregnancy Loss (RPL) testing to prevent further loss of pregnancy. The RPL testing is considered significantly important for those women who are in their 30s and 40s. Recent studies on recurrent miscarriage suggest that women who have lost their two consecutive pregnancies have 26-40 per cent risk of losing their next pregnancy and thus, it is important for them to undergo RPL testing. RPL testing includes several tests for each cause of recurrent miscarriage. Your doctor may choose to conduct any of them or all of them depending on your condition.

Thyroid: Thyroid problem, especially hyperthyroidism, can be a potential cause of habitual abortion. Your doctor will advise you to do Thyroid Panel (TSH) to determine your abnormal thyroid levels.

Chromosomal Abnormalities: To determine genetic or chromosomal abnormalities that may cause recurrent miscarriage, two tests can be done.

Chromosome Testing on Foetal (Miscarriage) Tissue: This test can be conducted only at the time of miscarriage. The genetic makeup of the foetus is analysed to find any abnormalities.

Karyotyping of Parents: This test involves chromosome analysis of the blood of both the parents. It determines any potential genetic problem in either of the parents that may lead to miscarriage every time the couple conceives a child. The findings of this test often need foetus’s genetic analysis in conjunction with parents’ to draw an exact conclusion.
Alloimune: The tests to find immunological factors that lead to recurrent miscarriage analyses if the sperm and the egg are not ‘allergic’ to each other. The testing for alloimmune can be done by any of the two methods - Leukocyte Antigen crossmatch and Natural Killer Cells and Embryo Toxicity Panel.

Diabetes: Diabetes mellitus can be tested using three methods.
Fasting Blood Sugar: Recurrent miscarriage or stillbirth can be due to the mother’s soaring blood sugar levels and therefore, it is important to check your insulin levels regularly and take preventive measures.
Fasting Insulin: Women suffering from polycystic ovary syndrome often have insulin resistance that could also cause miscarriage. Thus, they should take this test if they are planning to conceive.
Glucose Tolerance Test with Insulin

Infections: Certain infections such as HIV, Chlamydia, Rubella and Syphilis inhibit the normal growth of the foetus, resulting in miscarriage. A woman who has experienced recurrent miscarriages should go through the following tests before she plans to conceive again. This will help in identifying the hidden cause of miscarriage and taking treatment measures for it.

Structural Abnormalities: To determine any abnormality in the size and shape of your uterus, your doctor will advise you to go through Hysterosalpingogram (HSG). It is an imaging test in which dye is injected into the uterus and its X-ray is taken.

Repeated miscarriages not only affect a woman’s physical state but eventually become a mental ordeal for her and her family, however, one shouldn’t be dejected as according to statistics, almost 60-70 per cent couples who had suffered recurrent miscarriages become parents after the successful treatment of their causes. Consult a gynaecologist to deal with the torment of habitual abortion at the earliest.