What Causes Someone To Be Left Or Right Handed? Read Scientist's Opinion

Lefty or Righty? You may be surprised to know that only 10 per cent of the people in the world are left-handers! 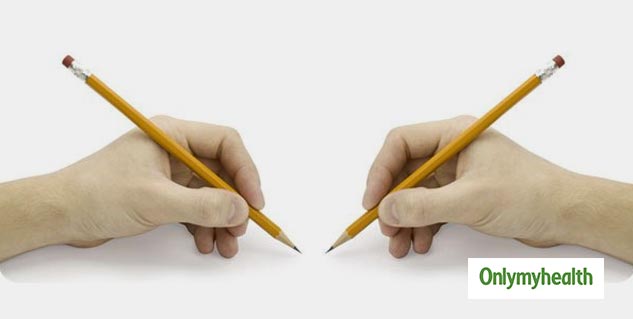 There has been a lot of analysis on the reason behind being a left-hander. Some research has shown that due to the genes and DNA of the human body, people start using the left hand. Actually, from the age of six months, newborns start using the left side or right hand, and this becomes a habit later. To some extent, it is also believed to happen due to genetic reasons. If the mother or father is a left-hander, then there is some possibility that the child may also be a left-hander. People who use left hand are quite creative. They play outstanding music, do good drawings, are exceptional artists. Not only this, but people using left hand have also been found to be better architects. Do you know why this happens? Our brain has two parts, which are called hemispheres. The left hemisphere controls the entire right side of our body and the correct region on the left side of the body. Creative works like drawings, architects, music are due to the right part. Now think for yourself that our right hemisphere controls the left hand and the left side of the body so that the remaining people will do more creative work.

Advantages and problems related to the left hand

What are left-handed problems?

MORE FOR YOU
Why You Should Drink Soaked Black Raisin Water On An Empty Stomach
Viral Hepatitis: Symptoms, Causes, Treatment, and Prevention
All You Need To Know About Mastitis, A Painful Breastfeeding Condition
4 Health Benefits Of Drinking Hot Water Everyday
Why Lung Cancer Common In Younger People
5 Exercises That'll Help You Burn Excess Belly Fat

World No Tobacco Day 2020: Quit Tobacco, Save Yourself And Your Family From COVID-19