Why Some Women Have Repeated Miscarriages

Just one msicarriage brings about lots of physical and mental trauma upon a woman. Knowing the causes of miscarriage can help women prevent the possibilities of it in the future.

One of the most devastating experiences that a woman can have is a miscarriage. Unfortunately, having one miscarriage is not that uncommon. 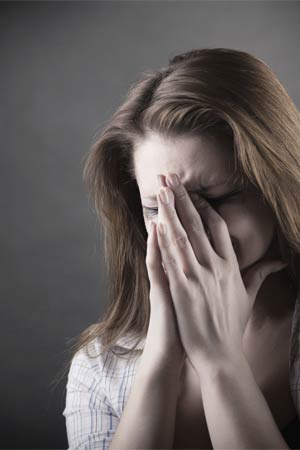 Most women will go on to have a healthy pregnancy after one miscarriage. However, there are some who will continue to have two, three or more miscarriages. A woman is considered to have ‘recurrent miscarriages’when she has two or three in a row.

Chromosomal abnormalities account for up to 70 per cent of the total number of miscarriages. More common in women over thirty five years, they are, in most cases, random occurrences and will not recur in subsequent pregnancies. Although, the cause for this type of miscarriage is chromosomal error, it is usually not an inherited trait from mother or father.

After thirty five years of age, the risk of miscarriage in a woman increases. Women over forty years have more than 33 per cent chances of their pregnancies resulting in miscarriage. However, the percentage is not significantly lower (about 10 to 20) for women less than thirty five years old.

An incompetent or weakened cervix may cause second trimester miscarriage or premature labour. Incompetent cervix may require a surgical procedure called cerclage, which is a stitch around the cervix to prevent it from dilating prematurely.

Antibodies in the human body will fight off infections. Certain auto immune disorders will cause antibodies to fight off the pregnancy tissues as if it was an infection or a foreign body.

Certain genital infections, such as bacterial vaginosis, may increase the risk of a miscarriage.

There is some indication, although this is not substantiated by sufficient research, that defects in the male’s sperm may cause miscarriage.

In approximately fifty per cent of recurrent miscarriages, the cause of miscarriage remains unknown, even after testing. Also, it is possible to have different causes for each miscarriage. On the positive side, even if a woman has had multiple miscarriages, the odds of her having a successful pregnancy are still in her favour.