World Autism Awareness Day 2014: Intervention is Crucial- Understand What is Autism and What Causes It

Autistic disorder is a neurological and developmental disorder that usually appears during the first three years of life. Researchers suggest that autism is a genetic condition.

Amit is autistic. He feels love, happiness, sadness and pain just like us. He just does not express his feelings the same way as us. But HE DOES have feelings. Ignorance about autism gives birth to various myths about autistic people. Let us guide you through what is autism and its causes. 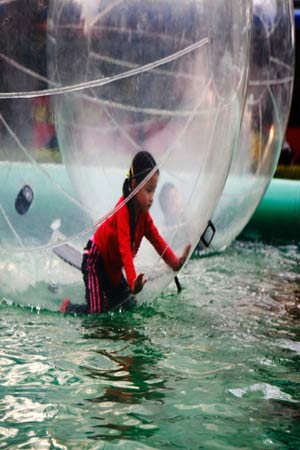 Autism is a development disability that affects a person’s ability to communicate, and relate to other people. It also alters their sense of the world around. Autism is the result of a neurological disorder that has an effect on normal brain function. First three years of a child’s life give clear indications if he is suffering from this lifelong disorder.

A child with autism appears to live in their own world, showing little interest in others and a lack of social awareness. The focus of an autistic child is a consistent routine and includes an interest in repeating odd and peculiar behaviours. Autistic people often have problems in communicating; they avoid eye contact and show limited attachment to others.

No two people with autism have exactly the same symptoms, which is why autism is a wide-spectrum disorder. For this reason, autism is generally also known as Autism Spectrum Disorder (ASD). While some may have mild symptoms, others can develop severe signs and even experience a combination of symptoms.

Until recently, scientists had “no idea” about what causes autism. But researches are finally delivering answers, though vague. After five years of toiling, scientists have observed that a number of rare gene mutations can be associated with autism. A small number of such gene changes are sufficient to cause autism by themselves. This explains why there is no one type of autism.

A coalition of genetic and environmental factors plays a role in causing autism. A few studies have attributed to abnormal levels of serotin or other neurotransmitters in the brain as a risk factor for developing ASD. Apparently, the disturbance in normal brain development in fetal stage causes defects in the genes that control brain growth.

Genes that regulate how brain cells communicate with each other are also affected possibly due to environmental factors on gene function. The results from these studies need to be further investigated for well-defined answers. The theory that parental practices are responsible for ASD has long been disproved.

A genetic predisposition can also be seen as a trigger to autism. Studies about identical twins have noticed that if one child is affected, there are 90 per cent chances that the other twin will also be impacted. Studies are in progress to understand the genetic association of genetics with ASD. In families with one child with ASD, the risk of having a second child with the disorder is approximately 5 percent, or one in 20.

According to National Institute of Neurological Disorders and Stroke, researchers are looking for clues about which genes contribute to this increased susceptibility.  In some cases, parents and other relatives of a child with ASD show mild impairments in social and communicative skills or engage in repetitive behaviours.  Evidence also suggests that some emotional disorders, such as bipolar disorder, occur more frequently than average in the families of people with ASD.

Autism can cause repetitive behaviour, along with difficulty in social interactions, verbal and non-verbal communication. But it cannot impair one’s spirit towards life. Many autistics possess exceptional abilities in visual skills, music and academic skills. Just some efforts to accept, respect and support from non-autistics is needed to make their lives easier.