World Autism Awareness Day 2020: An Introvert or Autistic? Know The Symptoms Of Autism To Differentiate

With autism being a common disease these days, parents need to tell if their child has an increased possibility of the same

If your child has not started talking yet and is not acting like other children of the same age, he/she may be autistic. Autism is a medical condition that makes communication difficult precisely because different areas of the brain fail to work together in this medical condition. The symptoms of autism start to develop before a child is three years old. One of the first signs is that of the child beginning to talk at the same time as other children but losing his/ her language skills over time. The symptoms and severity of autism vary on three core areas, social communication challenges, repetitive behaviour and language disability. 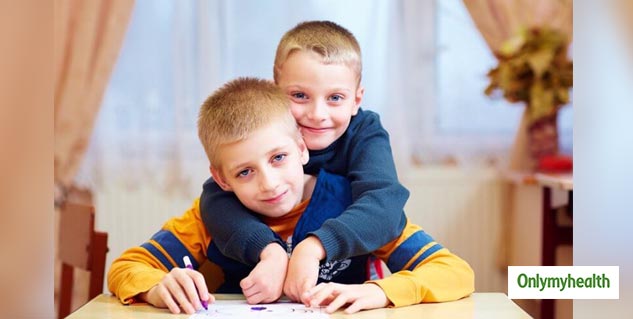 However, many experts do not consider this disease a reason for slower mental growth in kids, but it is a process, which differentiates autistic kids from others. The main cause of this disease is considered to be damage to the central nervous system. Specialists say that the main reason for this disease may be related to any deficiency in the mother’s diet or genetics during pregnancy. Some effects on the learning ability of kids due to autism are as follows:

Also Read: All That Matters For Quarantine: Emotional, Mental And Physical Wellbeing Tips By Experts

One of the first things that children do while learning a language is babbling. Those kids with autism usually have delayed babbling, difficulty in speaking and learning gestures. However, some children may babble during the first few months of life and later develop autism. Others may have significant language delays and don’t begin to speak until much later.

With medical intervention and communication systems such as sign language, electronic word processors and even speech-generating devices, most people with autism can learn to speak and communicate. When the ability to understand language begins to develop, autistic children still use speech in unusual ways or have problem structuring meaningful sentences. Some mildly affected children may develop unusually large vocabularies but always have difficulty sustaining a conversation. Other communication difficulties include repeating the same thing over and over, inability to understand body language and unusual tone of voice and expressions.

Children with autism respond to other’s expressions; gaze at faces, listen to voices, grasp others’ fingers or just smile. Autistics may have trouble with the give-and-take of everyday human interactions. Those with autism syndrome exhibit symptoms such as failure to respond to their names reduced interest in people and delayed babbling even after they turn one year old. By toddlerhood, they find it extremely difficult to play social games and imitate actions of others. So, they prefer to play alone. 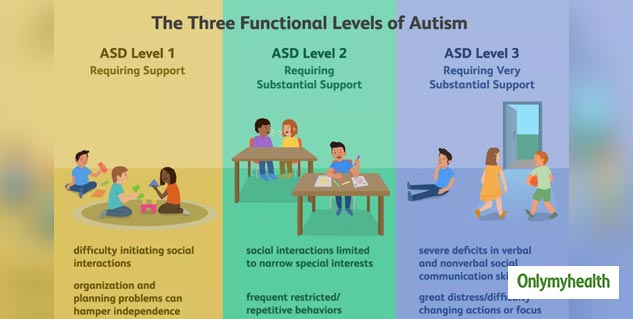 There may be a difficultly to express and interpret what others say, in thinking and feeling emotions. Besides, their way of expressing attachment to their parents can be unusual. The symptoms may seem for the parents to last so long that they assume the child to be disconnected even if he/she is not so. To put in a nutshell, someone with autism will lack understanding.

People with autism can be seen repeating certain behaviours and engaging in a restricted range of activities. Some common repetitive behaviours include hand-flapping, wiggling fingers in front of the eyes, arranging/rearranging objects, jumping, twirling and repeating sounds. They find it extremely upsetting if something disrupts their order of play. Autistics demand consistency in their daily activities and environment. They get upset even with the slightest of changes. 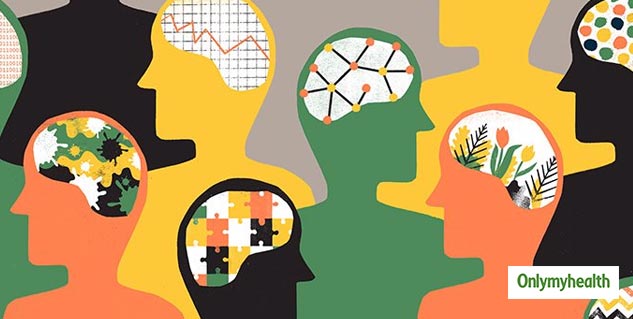 Also Read: Maternal Anxiety During Pregnancy Increases The Risk Of ADHD In The Child

Autism is usually a life-long condition, but several things can help children and adults in improving the symptoms. Medical interventions and therapies can help increase a patient’s ability to overcome challenges. If you notice that your child has these symptoms, begin medical intervention as soon as possible.

Your Sleeping Position Could Be The Reason Behind Your Stomach Woes