Want To Reduce The Risk Of Memory Loss In Men? Opt For A Fruit And Vegetable Rich Diet

A study published in 'Neurology' journal revealed that greater intake of fruits and vegetables can help in reducing memory loss. Read the full article to know about the study and food for reducing cognitive disorder in men....

In the study, diet pattern of people was analysed. More than 27,000 adult men of average age 51 years filled out a questionnaire on their food consumption pattern five times over a period of 20 years. Another questionnaire on thinking and memory skills was also filled by the participants twice during the same period. The results of the study shows that men who consumed more vegetables and fruits were at 34% less risk of developing cognitive health problem as compared to those men who consumed less vegetables and fruits. The data of the study showed that only 6.6 % of men consuming more vegetables develop poor cognitive function while 7.9 % of men with a less intake of fruits and vegetables develop poor cognitive functions.

Green leafy vegetables, oranges, red veggies and berries showed the strongest link in reducing memory loss. Antioxidant and bioactive substances such as vitamins A, B, C, AND E; carotenoids, flavonoids and polyphenols found in fruits and vegetables reduces brain oxidative stress, which as a result effect age-related memory loss. Diet has a significant place in maintaining a healthy body. A balance diet consists of food containing protein, vitamin, carbs and minerals. Here is a list of food you can pick for reducing age induced memory loss:

Orange: Oranges are packed with vitamin C, which is good for mental health. Vitamin C is an anti-oxidant which helps in repairing brain cells, further preventing brain damage.

Broccoli: Broccoli is high in vitamin K, which is linked to better memory power.

Blueberries: All types are berries are good for mind and body but blueberries have a significant place. Blueberries have antioxidants, which can act against oxidative stress and inflammation condition, which occurs due to neurological problems. It is considered to be exceptionally good for the brain.

Avocados: Avocados are a source of healthy unsaturated fat, which supports brain health. It helps in reducing blood pressure, which is linked with cognitive decline.

Kale: Kale is a green leafy vegetable, which is high in antioxidants, vitamins and minerals.

Green leafy vegetables: Vegetables like spinach, collard, etc contain folate and vitamin K, lutein which acts as a brain ingredient. These foods help in reducing the risk of cognitive disorder.

Other foods: Beside these super food, nuts, all types of berries, citric fruits are a rich source for providing nutrients to brain. 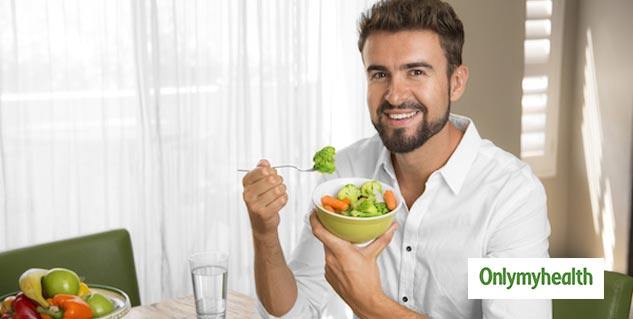 Other things to keep in mind apart from food to optimize brain functions:

MORE FOR YOU
Signs That Indicate A Child Is Emotionally Abused
Arthritis Management In Winters: Doctor Tips To Manage Inflammation
The Last 5 Kilos Are The Hardest To Lose, Here's How To Break The Plateau
Is Apple Cider Vinegar Causing Damage To Your Teeth? Expert Explains
Know Potential Health Benefits And Side Effects of Psyllium Husk
6 Lifestyle Habits That Cause Ear Problems

Mood Swings in Men: Everything you Need to Know about it