Want a Key to happily ever after? Marry someone with similar DNA

Now the main concern among people looking for a spouse is whether their DNAs match or not.

Getting oneself a spouse with similar DNA has become one of the priorities for people looking for prospective partners so much that religion, race, income, body type, etc is not given much thought too till the DNAs are found to match. 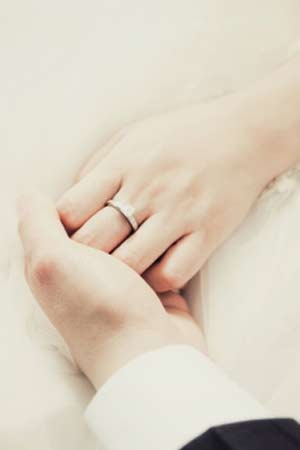 According to a study from the University of Colorado Boulder, individuals tend to be genetically more similar to their spouses than someone they randomly selection from a certain population. Scientists have even before the study was conducted been aware that people tend to marry those who have similar characteristics as theirs including age, race, religion, body type, education and income. The researchers have now shown that people are also more likely to marry those who have similar DNAs. Even though characteristics like race, education and body type have genetic components, this study is the first of its kind to look at similarities across the entire genome.

Although it is well known that couples tend to marry each other only if their characteristics are similar, there have been questions about whether one mates at random with respect to genetics. To do the study, Domingue along with his colleagues use genomic data collected by the Health and Retirement Study that is sponsored by the National Institute on Ageing.

The genomes of 825 non-Hispanic white American couples were examined and these looked specifically at single-nucleotide polymorphisms that are places in the DNA known to commonly differ among the humans.