Walking slowly may point to Alzheimer’s disease in the elderly

A new study has claimed that older men/women who walk slowly may be at a higher risk of Alzheimer’s disease even if they do not really show symptoms of the disease.

A new study has claimed that older men/women who walk slowly may be at a higher risk of Alzheimer’s disease even if they do not really show symptoms of the disease. The speed of elderly people may be related to the amount of amyloid that has accumulated in the brain. 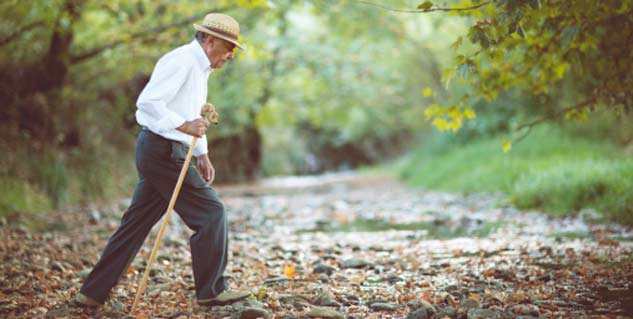 Amyloid plaques have dense deposits of a particular protein referred to as beta amyloid. The progressive build-up of amyloid in the brain has been linked to development of Alzheimer’s disease even before people showed any clinical symptoms.

The researchers had conducted their study on 128 people with an average age of 76, who did not have dementia but were considered to be at high risk for developing the disease because they had memory concerns. The participants were observed to have positron emission tomography scans of their brains to measure amyloid plaques present in the brain. Of all the participants, 48 per cent had enough amyloid to qualify them to be at high risk for dementia.

The researchers were eventually able to reveal an association between slow walking speed as well as amyloid in different areas of the brain, including the putamen, which is a key region responsible for motor function. The researchers also compared how fast people walked with as well as without taking the amount of amyloid into account. They also found that the level of amyloid present accounted for up to 9 percent of the walking speed difference. Relationship between amyloid levels as well as walking speed did not really change when the researchers took age, education level, amount of memory problems, etc into account.

The findings of the study were published in the journal Neurology.