Ovulation Process - Ovulation takes place when a matured egg is released from the ovary, moves to the fallopian tube and is ready for fertilization. Know more about your fertility by understanding ovulation. 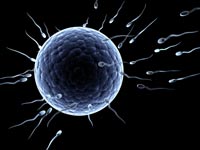 Ovulation takes place when a matured egg is released from the ovary, moves to the fallopian tube and is ready for fertilization. Understanding the ovulation process is one of the most important things a woman should do for her own body. It can help a woman to either become pregnant or to prevent pregnancy.

[Read: How Long does it take to get Pregnant after Ovulation?]

To understand the ovulation process, a woman should understand her menstrual cycle. Ovulation can be calculated from the first day of the last menstrual period (LMP) or by calculating 12-16 days from the next expected period. Most women ovulate anywhere between Day 11 to Day 21 of their cycle, counting from the first day of the LMP. This is referred to as the fertile time of a woman's cycle, because sexual intercourse during this time increases the chance of pregnancy.

The ovulation cycle can be divided into three parts:

[Read: How to Increase Chances of Getting Pregnant during Ovulation]

[Read: Signs of Ovulation in Women]

Ovulation is a phenomenon which happens in a cyclic manner in a woman’s life. It usually varies from woman to woman. By knowing about one’s ovulation cycle one can predict the chances of pregnancy.

Read more articles on Getting Pregnant.