Treatment for Fungal Infection in Lungs

Fungal infections are difficult to treat and may take months to go away. The treatment for fungal lung infections includes anti-fungal medications (taken orally or by injection), corticosteroids and surgery.

Fungi live in air, in soil and in water. Some fungi reproduce through tiny spores in the air and if you inhale the spores, you can be infected. 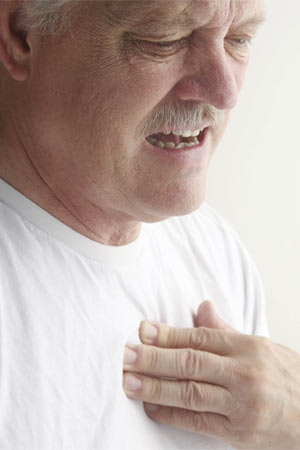 Fungal infections can affect people of all ages, although they are more common in people with weak immune systems. There are several types of fungi that can cause infection in your lungs, each having different symptoms and treatments. Some of the common fungi that cause infections are aspergillosis, coccidioidomycosis, cryptococcal meningitis and histoplasmosis.

The symptoms of fungal lung infections depend on the particular type of fungi that have infected you; common signs are cough, shortness of breath, chest pain, fever, fatigue and night sweats. Fungal infections are difficult to treat and may take months to go away. The treatment for fungal lung infections includes anti-fungal medications (taken orally or by injection) and corticosteroids.

The doctors mostly cure your fungal infections with antiasthma drugs (oral corticosteroids). These drugs open up your airways, clearing out the mucus and fungus in your lungs. The doses of the antiasthma drugs are high initially and then steadily decreased in order to prevent lung damage. Moreover, the doctor may prescribe antifungal drugs to remove the fungus growths.

For more severe cases of fungal lung infections, surgery becomes necessary.  The damaged portions of the lung are removed. It clears the fungus from your lungs but there may be other medical complications resulting from it.

Medications alone cannot help you get rid of your infection; you need certain types of foods to reduce fungal infection symptoms and prevent recurrence. Garlic can inhibit the growth of fungus in the human body. Oregano also has anti-fungal properties, so include it in the anti-fungal diet.

Also, there are certain foods that you need to avoid. Abstain from foods containing sugar, caffeine and milk products as they can aggravate fungal conditions. Moreover, alcohol and nicotine products can exacerbate the problem by weakening the immune system.

You cannot safeguard yourself completely from fungal lung infections, although certain precautions can reduce your risk of getting infected.  Keep your room disinfected, maintain optimum room temperature and ensure that there is adequate air flow to prevent fungal infections.