Tips To Identify and Diagnose A Viral Rash in Infants

Kids can easily get rashes as their skin is more sensitive than adults. Here are some viral rashes that babies commonly get.

We adults can easily identify a rash on our body but babies cannot. They have just started to explore their body and everything is normal to them. Parents should be able to identify a rash or other problem with the baby and get it diagnosed then treated. There are different types of viral rash in babies that are caused after an infection with a virus. This leaves behind red or pink spots on the body of the baby. Some babies may also get cough, cold, fever, along with rashes. Read on to know more about viral rashes in babies, their symptoms and diagnosis. 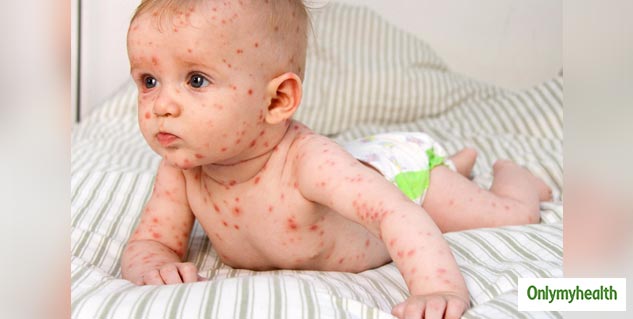 Measles: Measles is a common viral rash triggered by a respiratory virus. This causes itchy spots on the skin. Getting the baby vaccinated can prevent this rash.

Chickenpox: The varicella-zoster virus causes chickenpox where the baby gets pus-filled lesions on the body with gradual progression. This infection lasts for about 2-3 weeks. It can also be prevented with vaccination.

Hand, foot, and mouth disease: This is another viral rash in babies caused by coxsackievirus. This is highly common with kids below five years of age.

Roseola: This childhood virus is also called the sixth disease which targets kids below two years. It is caused by human herpesvirus 6.

Also Read: Sharing Bed With Your Newborn? Know The Risks Of Co-Sleeping

Symptoms of Viral Rash In Babies

Most of these are non-serious and can subside with time. However, kids with weaker immunity or those who are born prematurely are vulnerable to rashes and illnesses. Identifying a viral rash in babies is easy if you know the signs and symptoms. Here are some common signs of a viral rash:

Below-mentioned are some severe symptoms of rashes that require immediate medical attention:

To prevent the occurrence of rashes in babies, you must get them immunized. Follow the vaccination chart and when you need to get them done as per your child’s age. Also, keep a check on the seasonal illnesses and when it is that time of the year, take maximum precautions to keep the child safe. If the child looks irritated and discomforted, see a doctor.

Also Read: Baby Acne: Why Does It Happen And Ways To Get Rid Of Acne Spots 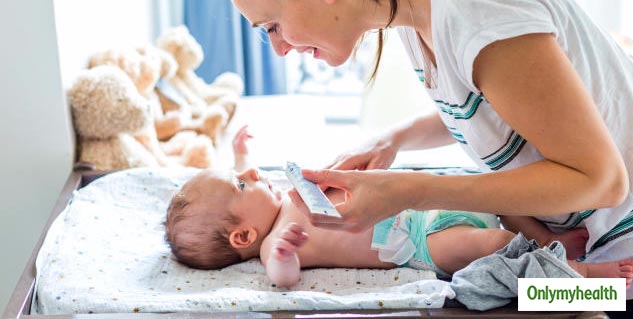 It is possible to prevent the onset of a viral rash in babies if you take the necessary precautions:

MORE FOR YOU
Experienced Migraine Attack During Workout? Try These Tips To Prevent Throbbing Migraine Pain
7 Reasons Why You Should Have Tomato Soup In Winters
10 Common Nutrition Myths Debunked!
8 Myths About Hypothyroidism That Should Be Debunked For Good
IVF and Premature Births: Know How To Take Care Of An IVF Premature Baby
Suffering From Bad Body Odour? Here Are 7 Food Choices To Prevent It