Things everyone must know about metabolism

Weight Loss-Metabolism is all about how body deals with the energy driven from the food we consume. It is a process of chemical reactions that transforms fuel from food into energy that finally aid vital processes of b

Our bodies get the energy they need from food through a body process called as metabolism. Metabolism is a set of chemical reactions that occur in the body’s cells that transform the fuel from food into the energy needed to carry out all the vital processes in the body such as movement, development and mental reasoning. A complete diet should supply the elements; carbon, hydrogen, oxygen, nitrogen, sulfur, phosphorus and various other inorganic elements. The major elements are supplied by carbohydrates, lipids and proteins. 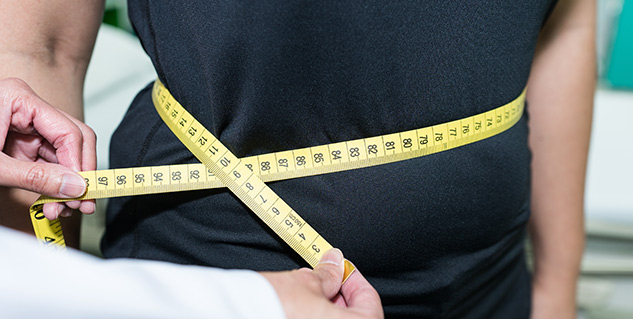 It is the metabolism of these macro molecules (carbohydrates, lipids and proteins) that are digested, broken down and oxidized into smaller components. These are then taken up by the cells of the body and converted into energy after these molecules pass through various pathways of metabolism activated by specific enzymes.

Carbohydrate catabolism is the breakdown of carbohydrates such as starch, sucrose and lactose produces the smaller units - Glucose, fructose and galactose. These monosaccharides obtained from the digestion of food are transported from the intestinal mucosa via the portal vein to the liver. They may be utilized directly for energy by all tissues or temporarily stored as glycogen in the liver or in muscle; or converted to fat, amino acids, and other biological compounds. Normally carbohydrates supply more than half the energy requirements of the body.

Metabolism of one molecule of glucose yields 31 molecules of ATP (the main source of energy). The energy released from ATP can then be used for biological work. Carbohydrate metabolism begins with glycolysis, which releases energy from glucose or glycogen.

Gluconeogenesis is the formation of glucose from noncarbohydrate sources, such as certain amino acids and the glycerol fraction of fats when carbohydrate intake is limited. Liver is the main site for gluconeogenesis. Disorders of carbohydrate metabolism include diabetes mellitus, lactose intolerance and galactosemia.

Proteins contain carbon, hydrogen, oxygen, nitrogen and sometimes other atoms. Protein catabolism is essentially a digestion process. Digestion breaks protein down to amino acids and simple derivative compounds for transport into cell. If amino acids are in excess of the body's biological requirements, they are metabolized to glycogen or fat and subsequently used for energy metabolism. The liver is the main site of catabolism for all essential amino acids. Body proteins are broken down when dietary supply of energy is inadequate during illness or prolonged starvation. The proteins in the liver are utilized in preference to those of other tissues such as the brain.

Fat contains mostly carbon and hydrogen, some oxygen and sometimes other atoms. The three main forms of fat found in food are glycerides (principally triglycerides – the form in which fat is stored for fuel), the phospholipids and sterols (principally cholesterol). These triglycerides are hydrolyzed (broken down) outside the cell into fatty acids and glycerol before they are taken up by any tissue and then they enter the cell. Three unsaturated fatty acids which are essential include: linoleic, linolinic, and arachidonic acid. Saturated fats, along with cholesterol, have been implicated in arteriosclerosis, "hardening of the arteries".