The Stages of Love for Men

Every man falls in love in a different way, but there is something common in how they fall for women. Men fall in love in the stages. What are the stages of love for men? Read on. 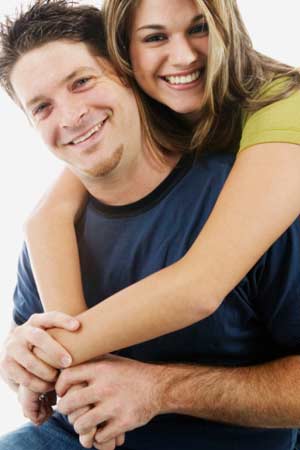 Men are usually tight-lipped about their feelings. It takes some time for guys to feel connected. Once a guy falls in love, things get smooth.

The feeling of love is a little different for men than women, difference being how they think about it. Men need to fulfil certain innate needs before they feel connected to you. A woman in love lets everyone around know of her entanglement, as she can’t hide outburst of happiness.

Men take a little while to realise that they are in love. There is nothing of ‘love at first sight’ sort for men, whereas women may experience this phenomenon as soon as they meet a guy they like.

As mentioned above, men don’t usually fall for a woman at first sight although physical appearance is paramount for men. They get attracted to physical aspects of a woman such as her smile, her face or how she presents herself. Sometimes, guys may find something attractive in a girl and don’t even know what it is.

If a man likes someone, he will try for to woo her by getting their attention. He tries hard to make woman interested in him. The stage of wooing is the infatuation stage where they press her to go out with him. In this stage, a man appreciates a woman and makes several attempts to pursue her.

After attempts of pursuing her, a guy decides to pursue the girl and make her like him. ‘Making a girl like him’ stage is when a girl reciprocates to a guy’s advances. A guy may walk away from a girl without any pain or heartbreak if the girl rejects him as he is not into her. But, if a guy finds out that she has an interest in him or even if he is assuming that she’s into him, the guy will do everything possible to make a girl like him.

He is close to falling in love, but not in love yet. After he has been successful in making her like him, he will try everything to make an impression on her with regular dates, meetings and splurges on gifts. A guy wishes that something better will come out of the stage of impressions.

Stage V: From Dating to Relationship

If he’s able to make an impression on her, the next thing a guy does is convincing a girl. His goal, which was earlier to impress a girl, changes to building a relationship with the girl who is now fallen for him. He is still thinking if he really loves the girl? Will he be happy with her?

If he is convinced that he truly likes the girl and wants a relationship with her, he will fall for her. In case he is not really convinced that the girl is the right mate for him, he will start to lose interest in pleasing her.

Some women may think of beating a guy’s game of falling in love and make him work harder to win their affection. They don’t make it obvious that you they like him at the very first instant. Guys shouldn’t alter the way anyway, but try and play hard to get her.

A man seeks certain qualities or basic chemistry to fall in love with a woman. They just enter the game of love in their own way and find out if there could be a connection.