Battle of the Eggs: The humble boiled egg vs. the fried taste blaster

Eggs are an inexpensive way to load up on protein and other nutrition. But what is better for the human body? Is it the hard boiled egg or the fried one?

Eggs are those delightful little oval things that can be fried, boiled, poached, and half fried and half boiled and what not. Sure enough they are healthy, but which variation is the one that us most nutritious. 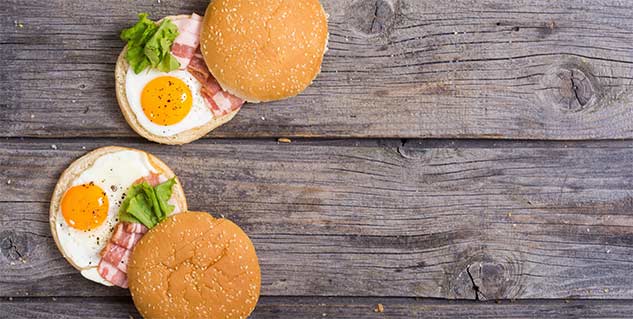 Loving eggs mean loving protein, because eggs are full of it, ask any budding body builder! Healthy people can in fact eat eggs daily without increasing any risk of a heart disease. Eggs are inexpensive in nature, and are great source of vitamin A, iron, and selenium, besides being rich in protein. The truth is that by boiling eggs you are actually avoiding an increase in the cholesterol levels; boiled eggs are bit lower in fat than the fried ones. The way you prepare the egg is indeed very important as it affects the egg’s calorie and fat content, and the amount of nutritional value that is retained.

A hard-boiled egg is prepared after you place a whole egg in water and make it boil for about 10 to 15 minutes; the time taken for it to boil is to ensure that the white and the yolk are firm. There are various ways to eat hard boiled eggs, could be eaten alone, or it can be used in an egg salad.

Now the fried eggs are made by cracking a whole, uncooked egg into butter, bacon grease or just plain vegetable oil. Then the egg is cooked either by making it a scramble, or by flipping it to brown on both sides, or it can also be a half fried delicacy with the yolk half uncooked!

Difference in the Nutritional Value

Boiling and frying eggs would both provide you with 6 grams of protein, but a fried egg is definitely slightly higher in iron. Both these egg preparations would give you 2 to 3 percent of RDA for calcium and a 10 percent for phosphorus. These two are minerals that are very good for your bone health. Additionally you will also get 14 percent of riboflavin and 11 percent of vitamin B-12. These hard-boiled and fried eggs always contain 22 percent of the RDA for selenium. Selenium acts an as antioxidant. So all in all, you are getting a lot of minerals from either boiled or fried eggs.