The high risk groups are children, elderly, pregnant women, health workers and those with chronic medical conditions. Read ahead to know more.

According to the World Health Organization (WHO) seasonal influenza is an acute respiratory infection caused by influenza viruses, which circulate in all parts of the world. It is a self-limiting disease and causes illnesses that range in severity and sometimes lead to hospitalisation and death.

The high risk groups are children, elderly, pregnant women, health workers and those with chronic medical conditions. Worldwide, these annual epidemics are estimated to result in about three to five million cases of severe illnesses, and about 290,000-650,000 respiratory deaths, as per a WHO report.

How is influenza spread?

People who suffer with flu symptoms can spread it to others up to about 6 feet away. According to the experts, flu viruses also spread mainly by droplets made when afflicted people cough, sneeze, or talk around others. These droplets can land in the mouths, hands, or noses of people who are nearby. or possibly be inhaled into the lungs. thereby making the virus spread more.

Is the flu similar to COVID-19?

The cases of seasonal influenza saw a steep rise post the monsoon season, as compared to the last two to three years, according to doctors and health experts. It is also to be noted that swine flu, COVID-19 and seasonal influenza all have similar symptoms. However, influenza can cause severe illness or death, particularly among high risk people.

Nonetheless, it is suggested that a person showing the signs and symptoms of the flu should also get tested for COVID-19 at the time of diagnosis. 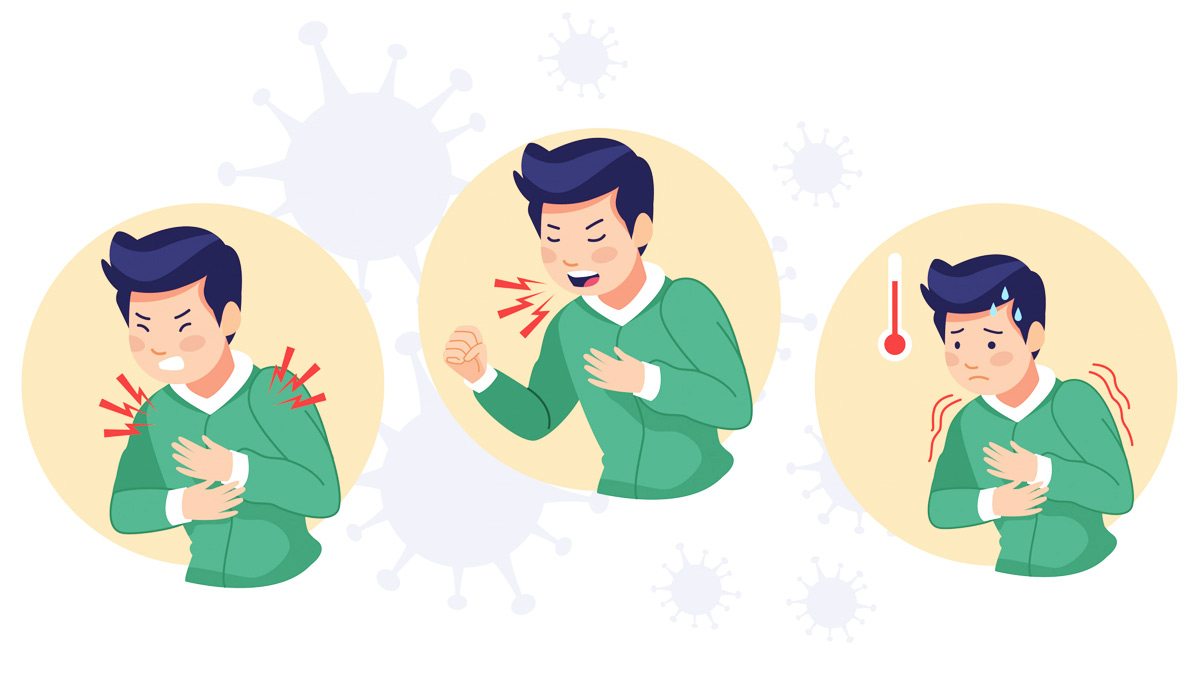 If a person does come down with the seasonal flu, the following measures may help in easing the symptoms:

Hydration is one of the first pieces of advice when a person gets sick with the cold or seasonal flu. Therefore, one must drink lots of fluids. Keeping up a steady intake of water, tea, or fruit juices will help in recovering faster and easing the symptoms. Additionally, warm soups and coconut water is a great way to prevent dehydration.

A well rested mind and body will heal better and faster. So, get more sleep to help the immune system fight the infection. It is also suggested that a person needs to change their activity level, depending on the symptoms.

Consuming over-the-counter pain relievers can help in combating the aches associated with influenza virus. Kids and teenagers recovering from flu-like symptoms are advised to not take aspirin because of the risk of Reye's syndrome. Reye's syndrome is a rare but potentially an extremely fatal condition in which a child's blood sugar level drops while the levels of ammonia and acidity in their blood rise.

The flu spreads easily wherever people gather since the virus is spread in the form of droplets. The transmission is more likely in public spaces like schools, office buildings, auditoriums, and public transportation. Therefore, avoiding crowds during peak flu season will help in reducing the chances of the infection.

Washing hands frequently with soap and water for at least 20 seconds is an effective way to prevent many common infections. Otherwise use alcohol-based hand sanitisers if soap and water aren't available at the moment.

Common Side Effects Of The Monkeypox Vaccine