Continuous urge to move your legs can be restless legs syndrome. Know symptoms, causes and risk factors for this condition.

You must often have you been nagged by your parents on various habits such as shaking of legs or using scissors without any reason, etc. This is because they consider these activities unhealthy, problematic or related to bad social behaviour. It may be a subject of discussion whether it is true or not but shaking of legs without any specific reason is related to some disorder. You may have felt uncontrollable urge to move or shake your legs which happens during night especially or while going to rest. This condition is actually a syndrome called restless legs syndrome. Let us understand about this condition in detail.

What is Restless Legs Syndrome?

As the name suggests, this syndrome is related to your legs when they become restless. According to Dr. Vishal Tyagi, General Physician and Consultant in Ivory Hospital, Greater Noida, restless legs syndrome is a condition of continuous shaking or legs for a while, sometimes without even the person knowing it. This can take a toll on the daily activities performed by the person and gets worse with time. Doctor usually suggests taking some self-care tips or lifestyle changes before switching to some medical treatment. 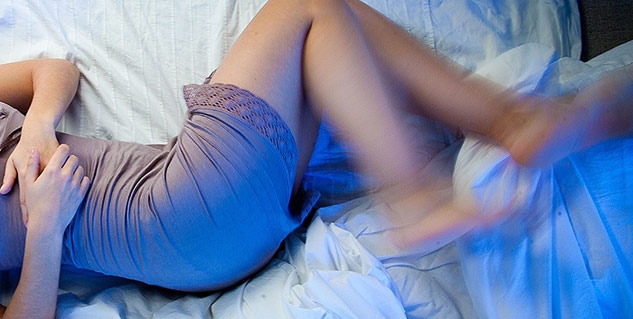 Restless legs syndrome is also known as Willis-Ekbom disease that can happen at any age. In majority of cases, people develop this habit in their teenage period and it goes on forever. This can increase to a lever where your legs start moving as soon as you are sitting ideal.

The chief symptoms of restless legs syndrome is basically the urge to move and shaking legs very often. The other characteristics of this syndrome include-

1. Sensation of begins after rest- you may develop a sensation that makes you feel uncomfortable sitting at a place for long hours. This can happen after you take rest or going in car, airplane or movie theatre, etc.

2. Relief with Movement- There is a constant surge of sensation in the RLS lessons and with movement it increases. This can include stretching, jiggling your legs, pacing and walking.

3. Worsening of symptoms in late evening- People having restless legs syndrome have problems like moving their legs constantly which increases during the night.

4. Leg twitching in night- Restless legs syndrome is associated with another common condition known as periodic limb movement. This sensation and movement is associated with sleep. It leads to person shaking their legs while sleeping or kicking in the night as well.

What sensations are felt in Restless legs Syndrome?

As the condition gets worse, it is difficult to judge the type of pain there is. Sometimes RLS has similar problems as with muscle cramps or numbness. According to Dr. Tyagi, the sensations fluctuate in severity cases, disappear suddenly and then come back again. 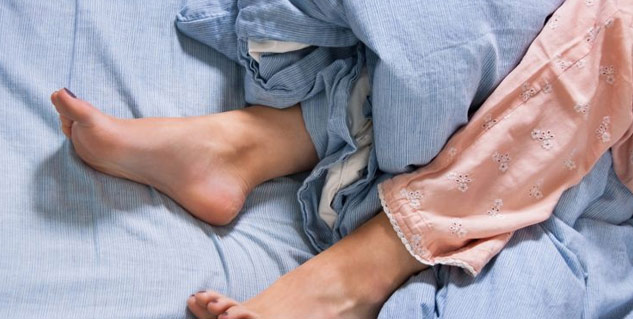 There is no particular cause for this condition to happen as such. Restless legs syndrome occurs because of two conditions majorly. Either it runs in the family or it occurs during pregnancy.

In majority of cases, people who suffer from restless legs syndrome have this problem in their parents or any family member. In this condition, where the cause is hereditary, then the symptoms and this syndrome start before the age of 40 years. Sometimes it also starts with teenage, and grows to be very evident in mid 20’s. Some researchers also suggest that chromosomes where genes for RLS are present in the sites from before.

The other condition is pregnancy. During this stage, there are a lot of hormonal changes that can worsen the symptoms of restless legs syndrome. The time of occurrence and period of effect occurs with every individual in pregnancy. Some women get RLS symptoms in the first few days of pregnancy, whereas some develop it in their last trimester of pregnancy. But these symptoms usually disappear after pregnancy; hence it can be temporary Restless legs syndrome condition.

Also Read- Struggling With Speech Problems? Here Are Some Common Types Of Voice Disorders You Must Know About

RLS symptoms can develop at any age, even during childhood as mentioned previously. However, this becomes more common in people after their 30’s and is more evidently seen in women than in men. Here are some risk factors that can worsen other problems as well. 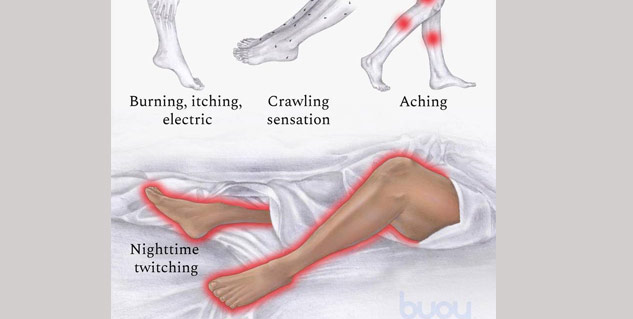 1. Peripheral Neuropathy- this is a serious condition in which the nerves get damaged. It can occur both in your feet and hands. This condition can worsen the symptoms of restless legs syndrome as well.

2. Iron Deficiency- Deficiency of iron can be one of major risk factors for RLS because it can cause complications. Iron deficiency results in problems such as bleeding from stomach or bowels. You may also experience heavy menstrual periods or repeatedly donate blood, it can give rise to iron deficiency and RLS.

3. Kidney failure- if you are suffering from kidney failure, it can have a big impact on your RLS symptoms. People going through this condition may get into RLS because iron stores in blood can decrease and it may worsen restless legs syndrome condition.

4. Conditions related to spinal cord- Lesions on the spinal cord can be a sign of damage or injury. This can affect your legs as well; it may increase symptoms of RLS. People suffering from spinal cord issues need to get anaesthesia in the spinal cord because of which the risk of developing restless legs syndrome also increases.

Lata Mangeshkar Tests Positive For COVID-19 With Pneumonia: Know All About This Condition In Detail