Danish researchers have found that the natural compound in red wine and grapes, known as resveratrol, can help to boost spinal bone density, particularly in men suffering from metabolic syndrome.

Most people like red wine and studies have found many health benefits of having it once in a while. Now, Danish researchers have discovered that resveratol found in red wine boosts spinal bone density in men with metabolic syndrome. 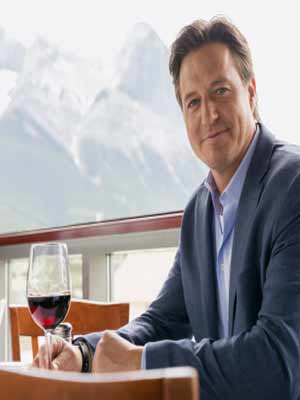 Resveratol is a natural compound found in grapes and hence red wine and this finding may promise a treatment for osteoporosis given its anti-inflammatory properties that were established to protect against bone loss in mice and rats.

‘Our study is the first to reveal resveratrol’s potential as an anti-osteoporosis drug in humans. The findings suggest the compound stimulates bone-forming cells within the body,’ claimed Marie Juul Ornstrup from Aarhus University Hospital in Aarhus, Denmark.

This was concluded after performing a randomised placebo-controlled trial to assess bone mineral density and signs of bone formation and resorption in 66 middle-aged men with metabolic syndrome.

For a 16-week period, the men took either a 500-mg dose of resveratrol, a 75-mg dose of the compound or a placebo twice a day.

Men who took the higher dose of resveratrol had a 2.6 percent increase in lumbar spine volumetric bone mineral density compared to men who had taken the placebo.

The high resveratrol group also had a 16 percent increase in levels of the bone formation marker bone alkaline phosphatase (BAP) compared to the control group.

"In just four months on high-dose resveratrol, we saw significant improvements in bone mineral density at the spine and elevated levels of the bone formation marker BAP," Ornstrup informed.

Additional research is needed to assess whether these bone protective effects occur in populations at risk of osteoporosis during the course of long-term treatment, he emphasised.

Resveratrol is one of a group of plant compounds known as polyphenols. In addition to red wine and grapes, resveratrol is found in nuts.

The study was published in the Endocrine Society's Journal of Clinical Endocrinology & Metabolism.