Red grapes and blueberries have been found to posses constituents that boost immunity. One can fight off diseases by consuming these super fruits. 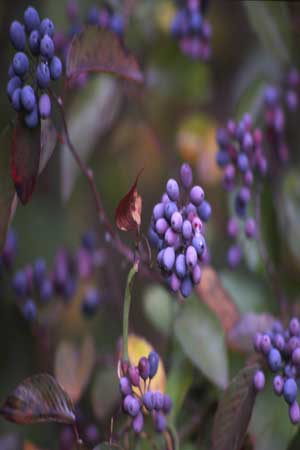 Researchers in the Linus Pauling Institute at Oregon State University discovered that both of these compounds, which are called stilbenoids, worked in synergy with vitamin D and had a significant impact in raising the expression of the human cathelicidin antimicrobial peptide, or CAMP gene, that is involved in immune function.

"Out of a study of hundreds of compounds, just these two popped right out, their synergy with vitamin D to increase CAMP gene expression was significant and intriguing. It's a pretty interesting interaction," said Gombart.

Various prior studies have examined resveratrol for a range of possible benefits like improving cardiovascular health, fighting cancer and reducing inflammation. But this is the first research to show a clear synergy with vitamin D that increased CAMP expression by several time, the scientists said. The CAMP gene also has been shown by various studies to play a keen role in the innate immune system, which is body’s first line of defence and ability to combat bacterial infection.

Stilbenoids are compounds produced by plants to fight infections, and in human biology appear to affect some of the signalling pathways that allow vitamin D to do its job, researchers said. It appears that combining these compounds with vitamin D has considerably more biological impact than any of them would separately, they said.

The findings were made in laboratory cell cultures and do not prove that similar results would occur as a result of dietary intake, the scientists said.

The study was published in the journal Molecular Nutrition and Food Research.