A recent study has shown that Indian men are leading the world when it comes to starting to drink as a teenager. About 2000 old men were selected from Northern Goa and were asked questions. 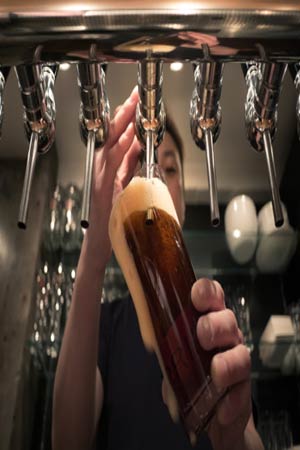 A new study has shown that men in India can party way over the limit, and this is because they seem to be leading in numbers as far as drinking alcohol during teens is concerned. This trend, according to a study is actually more in the urban areas and poorer households than when compared to others.

The researchers had randomly selected close to some 2000 old men from rural and the urban areas of Northern Goa about the age when they had first started to drink alcohol and the quantity that they drank. Also, they were asked whether they had sustained any injuries as a result of drinking alcohol.

The study found that those who started to drink alcohol during their teen years were at a greater risk of developing alcohol dependency, harmful drinking habits and which would lead to alcohol related injuries and ailments. Also the psychological distress factor cannot be ruled out here.

Teen drinkers were in fact twice more likely to be distressed and dependent on alcohol that those who started drinking later on in life. They have three times more possibility of sustaining an alcohol related injury.

The study that was published in the Journal of Epidemiology and Community Health pointed out that there is a great public health care concern in India regarding the surge in alcoholism in teenagers.