Two new studies have shown that too much protein from meat intake can reduce life span for middle aged people. 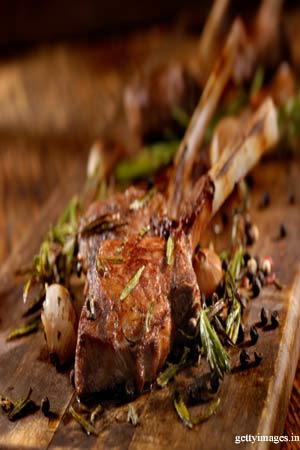 Two new studies have shown that diet high in meat and cheese can shorten life span for middle aged people. But that same study said that eating lots of animal based protein in old age can in fact do the opposite!

Study co-author Eileen Crimmins, the AARP Chair in Gerontology at the University of Southern California, said in a university news release, "The research shows that a low-protein diet in middle age is useful for preventing cancer and overall mortality [death]. However, we also propose that at older ages, it may be important to avoid a low-protein diet to allow the maintenance of healthy weight and protection from frailty."

The finding of the study was published on March 4 in the journal named, Cell Metabolism. The researchers looked at data from more than 6,800 middle aged and older adults in the United States and concluded that those who were 50 year olds got more than 20 percent of their calories from animal protein, which means from meat and dairy products. These people had a fourfold risk of death from cancer or diabetes; also they had nearly two fold increased risk of death from any cause over the next 18 years of their lives.

The study also said that people in their middle age who were consuming just moderate levels of animal protein had in fact threefold increased risk of death from cancer.

The researchers also said that the risk of death was much lower or even non-existent in 50 year olds who ate a diet high in protein from plant sources.