New study shows that bosses have less heart attacks in comparison to the rest! 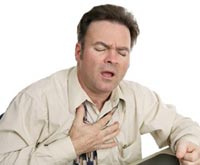 A new study at Harvard has revealed that being a boss could actually lower your chances of getting a heart attack. The idea is that people in higher positions professionally would be more in control than the ones below. The study also hence justified an earlier study to some extent that revealed, being bossed around at work increases the risk of heart attack by 23%.

[Read: 7 Ways to Never have a Heart Attack]

In India, about 25% of deaths in the age group of 25-69 happen due to heart related diseases. And at this rate, it is being said that if urgent steps are not taken, by 2015 the rate of heart attacks will double. Factors such as smoking, high blood pressure, high cholesterol and physical inactivity lead to heart diseases and evidently lead to your hearty down fall.

So, time for the proletariat to rise and become the boss! Don’t you want to live?

MORE FOR YOU
Remedies For Period Pain Lies Right There In Your Kitchen: Ayurveda Expert Explains
Does Your Child Have Yellowish Tongue? Know Symptoms, Causes And Treatment For This Problem
Q&A: Facts To Know About Arthritis From An Expert
Do You Know About Protein Poisoning? Here Are Effects, Causes, Symptoms Of This Condition
1st Zika Virus Case Of UP Recorded in Kanpur, IAF Officer Infected
Study: Eating Millets Regularly Can Fight Anaemia