A new respiratory illness similar to the SARS virus has been identified. 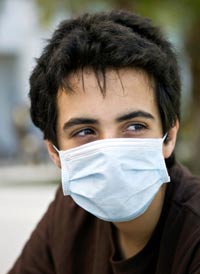 The World Health Organization (WHO) has announced that there could be an outbreak of a SARS-like virus. The officials of Britain’s Health Protection Agency reported a case of killer respiratory disease in a patient who was transferred from the Middle East to London recently. The patient has recently travelled to Saudi Arabia, where another person was reported to have suffered a similar illness early in the year.

This man was sickened by a coronavirus, a family of viruses which often causes common colds, including the virus that caused severe acute respiratory syndrome (SARS). The outbreak of SARS in 2003 saw 800 deaths worldwide, mostly in the Asian countries.

Gregory Hartl, a WHO spokesman, said that no countries except Britain have reported any similar cases so far. At the moment, there are only two cases of sporadic disease and it remains unclear how the virus has spread, with no evidence of human-to-human transmission. SARS hit over 30 countries, from civet cats in China to humans.

Michael Osterholm, a flu expert at the University of Minnesota, was unsure of the danger of the virus. He said that they are not sure yet if this is going to turn into SARS-like epidemic.