Pomegranate Juice: A cure for Cancer

The Pomegranate is helping in the fight against prostate cancer. Certain components of the juicy fruit have repressive qualities which are stifling the growth of cancer.

Prostate cancer is one of the most deadly forms of cancer and its treatment can be very stressful and painful. If it resumes after surgery or radiation treatment, doctors try to suppress the patient’s testosterone levels as cancer needs this to grow. However, the cancer is capable of resisting these suppression therapies and “metastasizes” to the bone marrow, lymph nodes and lungs, which normally culminates in the patient's death. 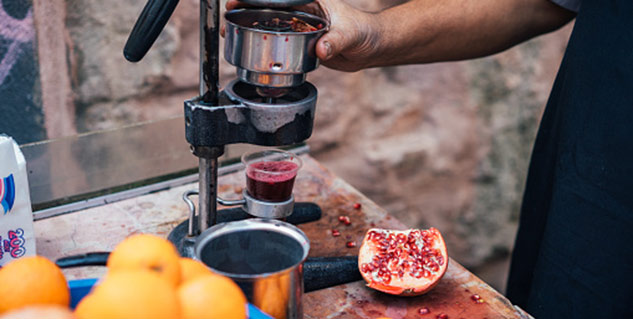 A research was carried out by Manuela Martins-Green - a professor of cell biology - and she was assisted by students Lei Wang, Andre Alcon and Jeffrey Ho.

The lab tested pomegranate juice on cultured prostate cancer cells that were testosterone resistant; these types of cell are ripe for metastasising. They found that the treated cancer cells that hadn’t died showed signs of increased cell adhesion and a decreased level of cell migration.

The is helping in the fight against prostate cancer. Certain components of the juicy fruit have repressive qualities which stifle the spread of cancer and weaken its attraction to the chemicals which stimulate the “metastasis” of prostate cancer to the bone.

They followed this up by identifying the active components in the pomegranate juice that were having an impact on this cell adhesion and migration in the metastatic cancer cells. They found these to be hydrobenzoic acids, phenylpropanoids, flavones and some conjugated fatty acids.

Martins-Green intimated that once they had identified the active ingredients of the pomegranate juice, they could then try to alter and enhance their functioning to make them more effective in preventing prostate cancer metastasis.

She also highlighted that the genes and proteins involved in the movement of prostate cancer cells were the same as those involved in other types of cancer, the components of the pomegranate juice could be modified to be used in other cancer treatments as well.

Some protein produced in the bone-marrow causes cancer cells to migrate to the actual bone where they can form fresh tumors.  Martins-Green thinks the modified pomegranate juice components would inhibit the negative function of this protein and in doing so would have a real potential of preventing the metastasis of the cancer cells to the bone.

The research continues at the University and they plan to investigate whether the same components can be modified further to reduce any problematic side-effects. It was presented at the 50th annual meeting of the American Society for Cell Biology.