The prognosis for this form of pelvic cancer depends upon the location and spread of the tumour. Cancer of the pelvis may be treated with surgery or chemotherapy. 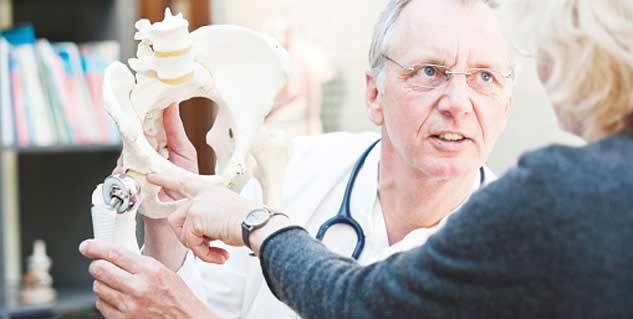 According to the US Library of Medicine, patients with pelvic cancer may pass bloody urine, have back pain and discomfort during urination. Such persons are advised to consult a doctor immediately to take advantage of the early detection treatments and increase their chances of survival.

Doctors may perform a urine cytology test to find pelvic cancer cells, or they may use other tests - such as an abdominal computerized tomography (CT) scan, a kidney ultrasound or a magnetic resonance imaging (MRI) test of the abdomen - to locate a tumour. If the tumour is found to be confined in the ureter or kidney, it is curable by surgery by removing all or part of the affected kidney and portions of the bladder and surrounding tissue. A tumour in a urethra may be treated by surgically removing the ureter.

Cancer that has spread beyond the kidneys and ureters is more difficult to cure, and this type of cancer may be treated with chemotherapy. The prognosis of this type of pelvic bone cancer reveals the five year survival rate for those with invasive ureter cancer is 25 per centand for those with invasive kidney cancer, the five year survival rate is 5 to 15 per cent.

They rarely start by themselves but are an indicator of other bone malignancies in the body. The pelvic cancer tumour grows slowly and as it grows, the movement and function of the bone is lost on account of the pain it causes and may eventually lead to the bone fracturing, when the tumour is large. Apart from the constant pain, other symptoms include bladder and bowel incontinence, weight loss, enlarged lymph nodes, fatigue, fever, movement problems, stiff bones, bone lumps and masses, bone tenderness, anaemia, weight loss, abdominal pain, nausea and vomiting. 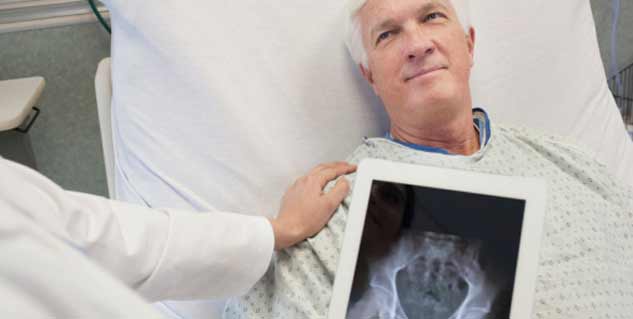 Patients may develop kidney failure and increasing pain from the tumour. The five year survival rate for patients with kidney cancer is 60 to 70 per cent; 60 per cent of patients who develop ureter cancer will survive for five years or more.

Pelvic bone cancer prognosis and the survival rate of persons afflicted by it, is dependent on the degree of the spread and the source where the cancer has metastsised from. The person feels intense pain leading to difficulty in movement, fever, fatigue and when it grows large, it leads to bone fracture. A common source from where the cancer has spread, are the ureter and kidneys.

The treatments available are surgery by the removal of the cancerous tissue, and chemotherapy. 25 per cent of patients diagnosed with pelvic bone cancer with ureter cancer live for five more years. .However, only 5 to 15 per cent of those with kidney cancer live this long.

Read to know more about Bone Cancer Diagnosis and Prognosis.

MORE FOR YOU
Beware Of These 6 Demerits Before Taking Steam Bath
How To Make Your Hair Jet Back Naturally? 5 Ways To Get Desired Results
Know About 5 Winter Eye Problems That Are Common In The Cold Season
Do You Often Suffer From UTI During Your Periods? Here’s What You Need To Know
Why Is Rett Syndrome Only Found In Females? Know Everything About This Brain Disorder
Delhi Reports It's First Omicron COVID-19 Case, Tally Reaches 21 In India So Far

Know the difference between acute and chronic leukemia