A new study has validated this mechanism of human brain which is hardwired to not let us consume more than a healthy amount of water.

It is true that our brain masters us; to the extent that is tells us to stop drinking water when we have had enough. A new study has validated this mechanism of human brain which is hardwired to not let us consume more than a healthy amount of water. 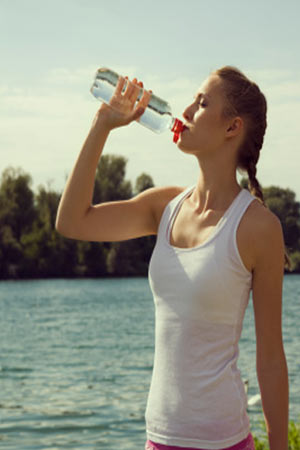 The University Of Melbourne and the Florey Institute of Neuroscience and Mental Health led this research which found a ‘stop mechanism’ ascertains the person to stop taking in water when they are no longer thirsty.

"Different areas of the brain involved in emotional decision-making were activated when people drank water after becoming thirsty and when study participants followed instructions to keep drinking when no longer thirsty," Denton said.

"The brain regions determining the signals to stop drinking have not previously been recognised in this context. It identifies an important component in regulation and this 'stop mechanism' may prevent complications from excessive water intake," he said.

Drinking excessive water can cut down salt concentration in the blood which can result into a potentially life-threatening condition- polydipsia. In simpler terms, it is swelling of the brain, which has been found in some schizophrenic and marathon runner patients.

Denton believes the findings could be applied to other aspects of human gratification.

The researchers scanned two physiological conditions of the brain, using the magnetic resonance imaging technique. They started with scanning brain regions when the participant of the study felt thirsty.

Participants were then removed from the scanner and asked to drink to satiation or 'overdrink' and returned for further scanning.