Oops! I farted while kissing. Phew, I know how to make it less stinky

I farted while making out. I could not stop it but I wish it was less smelly. Here are some ways to have less stinky farts.

A couple of days back I realized that I can write a book, “101 Ways to embarrass yourself” because I have mastered the art of humiliating myself. 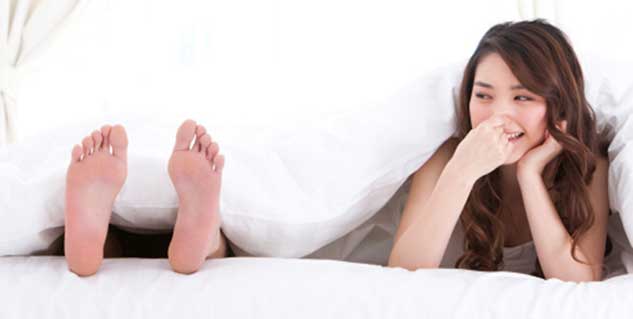 Well, after many hardships I find this one fine guy to date and guess what, I shoo him away with my fart. No, I’m not kidding.

Just a couple of days back, I was with him at my place. My parents had gone to Kolkata, so I called him over. I was expecting at least some passionate moments with him but fate had other plans.

I was waiting for him but then my stomach started grumbling out of hunger. So, I just gorged on some spicy Rajma Chawal moments before his arrival. I felt less hungry now, but I was completely unaware of upcoming calamities.

Finally he came; I wore my cute red pajama and white spaghetti top. I was all set to slay him with my looks.

We talked for a while but then suddenly he came closer; I knew what he wanted so I slid closer to him. Just when his lips were about to touch mine, I could felt some unease in my gut.

I tried to ignore it and concentrated on his lips.

But I could not even kiss him and…

[Read: If you fart frequently, you are healthy]

Yes, I farted. Just when our lips were about to touch each other, a warm sensation left my derriere. The fart could not even escape my butt and I could see his eyes popping out.

The impact of my fart was on his face. First he looked confused but the moment he comprehended the entire situation, he twitched his lips and looked at me with disbelief while just sat their stock-still.

And then he burst out laughing, right on my face. So, basically I did kill him… only with my fart.

This would not have happened, if my fart stunk less.

From that day onwards, I started looking for ways of lessening the smell of farts and I found out these ways.

If you too wish for less smelly farts, go for these tips and tricks.

Are there medicines to make farts less smelly? No, there aren’t. However, researchers suggest that some Bismuth Subsalicylate can actually help, which is nothing but Pepto-Bismol. As the experts explain that bismuth very easily react with all the sulfur compounds, such as hydrogen sulfide, which is the prime culprit behind treacherous stinking gas. There are alternates available for Pepto-Bismol but do seek help of a pharmacist or a doctor.

Though, you must keep the dosage in mind and also, consult a doctor before going for any medicine.

Try out shreddies. Yes, Shreddies make underwears with carbon filter. You can order a pair of shreddies underwear and expect real results.

I ordered a pair for myself and yes, they did help. The foul stench was blocked and also, I could feel the warmth of my fart surrounding my butt cheeks and to be very honest, the warmth was appreciated because it is DECEMBER and it’s COLD!

Say ‘NO’ to sulphur-rich foods such as cabbage, beans, broccoli and others.

I could have avoided the calamity, if knew this earlier. I nearly killed the guy with that Rajma Chawal.