Dengue is on the Rise, according to WHO

A mosquito borne viral infection, dengue is on the rise according to WHO. It has affected over 2.5 billion people which is over 40 per cent of the world’s population. 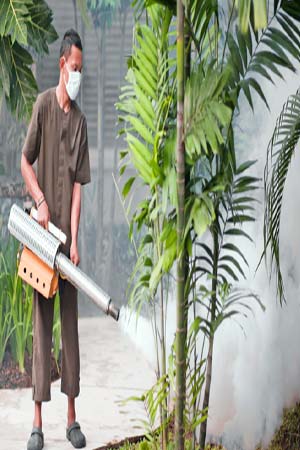 According to the World Health Organization (WHO), the incidence of dengue around the world has grown rapidly in the recent decades.

Dengue, which is a mosquito borne viral infection have put over 2.5 billion people which stands at over 40 per cent of the world’s population at risk. The fact sheet that has been updated by the WHO provides several concrete ways to combat the dengue-carrying mosquitoes. This seems to be the only way to prevent the transmission of the virus.
Cases of dengue have exceeded 1.2 million across the Americas, South-east Asia and Western Pacific in 2008 and over 2.3 million in 2010. The disease has reportedly continued to grow.

Taking of this year, cases of dengue have occurred in Florida at the United States of America, and in the Yunnan province of China. The disease also continues to grow in several South American countries mostly, Honduras, Costa Rica and Mexico. Singapore in Asia has reported an increase in the cases after a lapse of several years. Outbreaks have also been reported in Laos.

The WHO has reported that an estimated 500,000 people get hospitalized with each year, and most of them happen to be children. Almost 2.5 per cent of those affected die of the disease.