A recently developed approach will help re-establish Penicillin’s combating effectiveness against superbugs which will be made possible by combining Penicillin with a protective polymer. 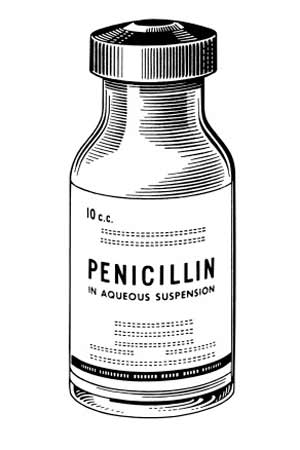 A new approach will help re-establish Penicillin’s combating effectiveness against bacteria which will be made possible by combining it with a protective polymer. The research which was conducted at the University of South Carolina was published in the Journal of the American Chemical Society.

According to the researchers, Penicillin which was considered to be one of the scientific marvels of the 20th century has been losing its effectiveness against bacterial infections in recent times.

Physicians have been using the beta-lactam version of the antibiotics in order to combat bacterial infections. However, the defence system bacteria have used in response to the effectiveness of the drug has made physicians give up on many antibiotics.

Beta-lactamase is considered to be one of the most effective bacterial defence enzymes. However, bacteria like MRSA have evolved their defence mechanism and have developed the ability to biosynthesise and release beta-lactamase when required.

During the lab tests of the new approach, which is developed by Carolina’s Chuabing Tang, a graduate student Jiuyang Zhang made a cobaltocenium metallopolymer which helped slowing down the destructiveness of beta-lactamase on a molecule of beta-lactam.

Antimicrobial properties were seen in the metallopolymer itself which broke down the bacterial cells leaving the human red blood cells unaffected. It was established in the laboratory tests that the polymer was completely non-toxic for the human cells.