On occasion of World Iodine Deficiency Disorder Day, (observed on 21st October), we bring before you the importance of iodine for your children.

Every year, World Iodine Deficiency Day is observed on the 21st of October. This year we bring you an article on the importance of iodine in your children's life. But before that, let's learn about the need for iodine in the body. Iodine is needed by the thyroid glands to produce the hormones that control growth, metabolism, and development. If grown-ups and children don't get enough iodine in their diets, they might develop iodine deficiency. Goitre is one such example of iodine deficiency disorder that can affect hormone production.

Iodine important for your child

•    Iodine is not only crucial for the proper functioning of thyroid hormones but also brain development in young children.
•    Iodine improves one’s mental alertness, regulates body weight, and promotes proper growth and clearing waste from our body by developing the lymphatic system.
•    Iodine protects our body cells from bromine, chlorine, fluorine that can perhaps be carcinogenic in high concentrations. Usually, pollutants, pesticides and heavy metals compete for iodine receptors in our bodies, and if iodine levels are low in our body, then the receptors get filled with toxins.

Also Read: How To Make Hand Sanitizer At Home? Try This 3-Ingredient Remedy

Iodine deficiency or therefore, low thyroid hormone can lead to the most common condition called goitre or hypothyroidism. But, there is a range of conditions in various age groups which are termed as iodine deficiency disorders. In children and adolescent development especially, low iodine levels can lead to Symptoms of iodine deficiency in children

Also Read: When to wash hands? Know do's and don'ts of hand washing

•    As a parent, you must know what your child eats and what he or she has repulsion for. If your child doesn’t eat seafood (such as fish or shrimp and other iodine-rich foods), then they are at a higher risk of developing iodine deficiency disorders. Such disorders can cause learning and developmental problems in children who don’t consume the optimum amount of this mineral.
•    Increased consumption of carbohydrates, including baked products tends to increase bromide levels. Bromide in baked goods then compete with iodine and decrease iodine levels in our body
•    Your child’s daily iodine intake should not be less than 20 micrograms. 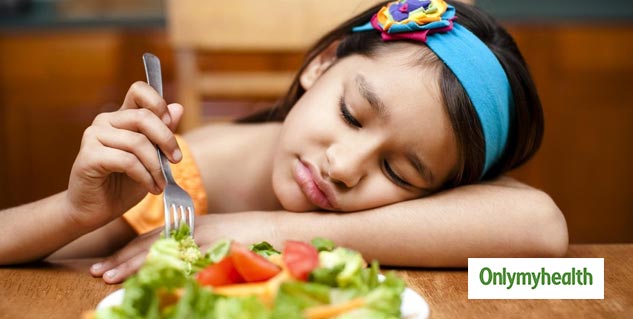 Although iodised salt is the best way to combat iodine deficiency disorder, it is not the only way. So keep the above food rich in iodine in your checklist too.

Research on iodine for kids

Malnutrition and Death in Children: Causes, Prevention and More