National Dengue Day 2021: Different Kinds of Dengue Infections and Their Mode of Transmission

Dengue is a serious illness which is hazardous to human health. Know how many types of dengue infections are there and how are they transmitted.

There is a wide spectrum of diseases which is caused by insects. Some of them can even make us severely ill or create damage to our health. Dengue is also one such mosquito-borne viral disease which has spread to even to the distinct of regions. Dengue is spread throughout the tropics and has several variants attached to it which causes different symptoms and illness. Dengue is a common disease which is spread through female anopheles mosquito. It is also influenced by the region, temperature, rainfall and urbanisation. National Dengue Day is approaching, hence in order to raise awareness about dengue; we at OnlyMyHealth will keep informing you about the facts related to this disease.

Is Dengue Dangerous For Our Health?

Fatality rate of dengue is not much but it can cause severe harm to your body and could even cause life threatening complications. Female anopheles mosquito which is responsible for spreading viral also vectors Chikungunya, Yellow fever and Zika virus. It can cause severe bleeding, organ impairment and plasma leakage. Severe dengue can also cause death if not managed properly at the right time. 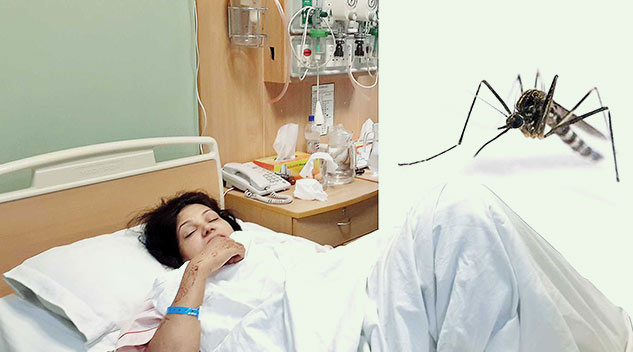 It is a viral infection which is caused by dengue virus transmitted through the bite of infected Aedes mosquito. You may suffer from an unpleasant taste in the mouth, loss of appetite accompanied by stomach pain, vomiting and diarrhoea. However this infection can be treated at home with help of proper care and treatment and fatalities are quite less in this type of dengue. 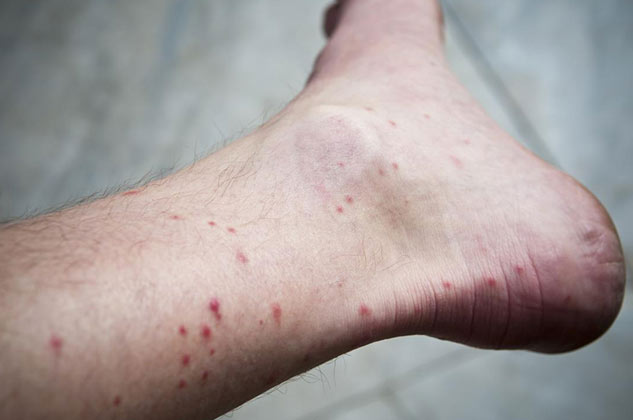 This is also called sever dengue. It is viral infection which develops in potential lethal complication and causes serious damage to health. Dengue haemorrhagic fever is a leading cause of hospitalisation and deaths among people suffering from dengue. It is more severe than dengue fever and the patient takes time to recover even with proper medication.

These symptoms are usually seen in 4-5days of infection and medical treatment becomes a must. If not treated at time then it can cause plasma leakage, fluid accumulation and respiratory distress.

Also Read- COVID Symptoms Vs. Anxiety, How Are These Two Linked To Each Other

Dengue shock syndrome is very complex and severe infection which results in high mortality rate. Shock in dengue can be dramatic and its progression can be dangerous. Instant treatment is required in such cases and monitoring the symptoms becomes important.

All these symptoms also result in-

Modes Of Transmission For Dengue

This is what we have known for long that dengue is transmitted by female anopheles mosquito to humans. The species which is responsible for infecting with dengue is generally ‘Aedes aegyti’ mosquito. Other can act as vectors in carrying the infection. After taking blood from DENV infected person, the virus replicates in the mosquito mid-gut and is mixed in salivary glands disseminating into secondary tissues.

The time taken by mosquito to ingest the virus to actual transmission into new host is termed as extrinsic incubation period. It is about 8-12 days long and happens in temperature between 25-28o Celsius. It also depends on virus genotype and initial concentration. Once the mosquito is infectious, it can transmit the virus for rest of its life. 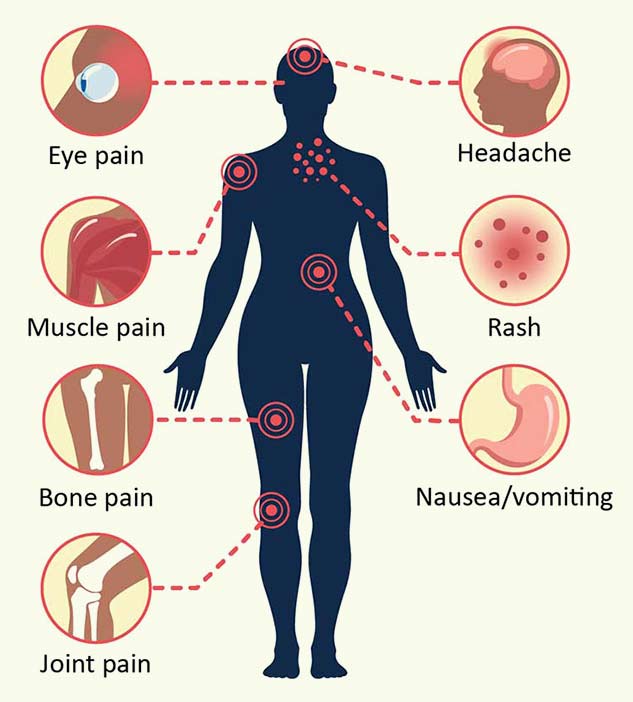 Yes, it is true; dengue not only transmits from mosquitoes but also from humans with help of mosquito. Mosquitoes can be infected by humans carrying DENV infection. This can be a person who is having a symptomatic dengue or a person who has the infection but does not have any signs of it.

Human-to-mosquito transmission can happen 2 days prior to the person showing symptoms of dengue. It can also be transmitted till 2 days after the fever is gone. It is associated with high viremia and fever in the patient. Generally DENV antibodies decrease the risk of infection but it can still be active till 12 days.

Also Read- Do Not Ignore These 5 Neurological Symptoms, Speak To An Expert Right Away

This mode of transmission is rare but possible. Mothers who get dengue while they are pregnant can transmit their infection to their baby. However vertical rates are very low and risk of transmission is purely related to the timing of the infection. When a mother has DENV infection when she is pregnant, the baby may suffer from pre-term birth or low birth weight as a result.

Dengue is a severe disease which is spread through female anopheles mosquito. People getting infected from dengue need to seek medical help for treatment in most cases. There are three types of dengue viral infection which is caused in humans. Dengue Shock Syndrome and Dengue Haemorrhagic Fever can prove fatal to health and can cause serious harm to health. Dengue is transmitted through different modes. It can be transmitted from humans as well as mosquitoes. Treatments are available for dengue and if there are any symptoms which reflect dengue, consult your doctor immediately.