Mind Of A Rapist: The Human Psychology On What The Mind Says And How The Body Reacts

A man does not have the tag of a rapist. Neither does he have horns. It’s all in mind. But, how do we make out who can rape and who cannot?

It was on December 16, 2012, when a heinous crime took place where a 23-year-old woman was brutally gangraped while she was returning from a populated locality in South Delhi. This incident shook the country when the media highlighted the atrocity. This case was a harsh reality shedding light over the injustice that had happened not just to this 23-year-old but to those many more girls, that never came into light. When we all thought that the Nirbhaya rape case could be a lesson to those many rapists, such incidents never stopped with the recent being the Hyderabad case where the victim was raped and then burnt to death. The details of the barbaric acts are unsettling and revolting. One is forced to think what is it that makes commit these crimes, such acts of horror. There have been several studies done to understand the mind of a predator. But, how do we get to know if the person standing in front of you is a rapist or capable of committing such a heinous act? Only My Health is digging deep, we spoke to experts in the field to find some answers. It is essential here to understand that rapists are no different people. They look the same, and any stereotypes about looks are misleading. Moreover, no behavioural trait like anger or self-love can give anyone the tag of a potential rapist explains Dr Deepak Raheja, Psychiatrist and Director of The Hope Foundation. He added, “We don’t see rape as an act of sexual intimidation. We see rape as an act of aggression. It is more of a power play for the mind, which is dysfunctional. It is primarily common in people who have a poor self esteem, have inferiority complexes that they might not be able to make connections with other sex without forcing it upon them. But in their mind, they are powerful. They don’t think of having an appropriate self-image in front of others.”

Dr Raheja also pointed out that in many instances, rape is an act of assertion of power. In the patriarchal society, that we live in, women are considered to be weak who must be ‘controlled’. “It is this rage that comes out on the weaker link as a gateway to enact their sexual desires, which then takes the turn of a violent outrage that we term as a rape,” Dr Raheja adds.

Also Read: Mental Illness: Myths and Facts That We All Should Know About

They Don’t Have Similar Traits

Experts on human behavior also pointed towards a link between social personality disorder and the background history of the person involved in such criminal acts. In most cases, you may also find them to be benign people. Dr Samir Parikh, Psychiatrist and the Director of Department of Mental Health and Behavioural Sciences, Fortis Healthcare says lack of sexual activity may not be the only reason for rape. He says, “Most of the rapists of past cases were married with active sex life. So there has to be more to rape than sex. More or less, it is the fantasy that they wish to fulfil.” 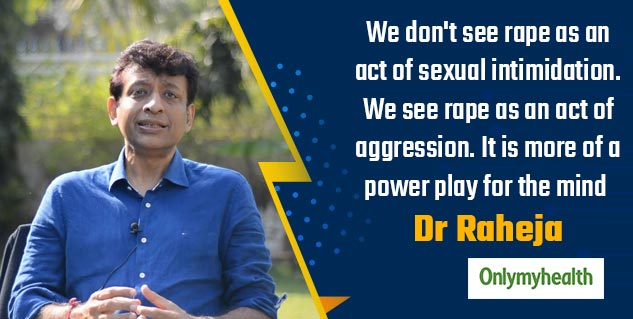 Mostly youngsters, men with low self-esteem, identity crisis, poor self-image, possibly a history of sexual abuse, etc. could be predisposed to becoming predators themselves. Also, most of such people can be alcoholics, drug addicts, frustrated job-wise.”

Dr Nimesh Desai, Director at Indian Institute of Human Behavior and Allied Sciences, spoke to OnlyMyHealth about high-risk behaviours tending to occur in groups rather than in isolation. “Drinking, high-speed driving, sexual promiscuity…such behaviour presents itself in groups because the ‘kick’ is cumulative.”

Rapists Are Not Victims Of Mental Health

Despite the association of rapists and their mental state, doctors are against connecting mental health and rape in one bracket. According to Dr Parikh, “Lack of empathy, lack of remorse, lack of understanding of the pain and the anguish of someone else are certain behavioural factors that can be associated with this topic, but I do not support the fact that it is associated to mental health. One should keep mental health out of this subject as it further stereotypes mental health as a whole.”

Dr Desai is wary of categorising rape offenders’ psychology. “My concern is that by linking such acts to the psychology of the culprit, we unwittingly dignify, sanctify and justify the act.” Dr. Desai says it is essential to look at the context in which a crime occurs, and he attributes 3 factors to consider- the macro, the miso and the micro factors. “The macro factors are overall changing social patterns, including violence, changing social values, rapid urbanisation and the unemployment that goes with it. At the miso level, peer groups can play a big role. At the micro-level, individual psyches come into play. We will have to look at a larger picture.”

Also Read: There Exists First Aid For Mental Health As Well. Know How It Heals The Scars In Our Minds

It Is More Of A Power Play

Rape is often considered a means to “put someone in place”. Experts call it a power play. It is essential to look at rape as an act of violence. When consent cannot be had, violence takes its place. Dr Parikh believes that those men who cannot understand the meaning of ‘no’ are criminals.

Dr Desai pointed out to group behaviour. “What I may never do alone, I may end up doing in a group of five.” 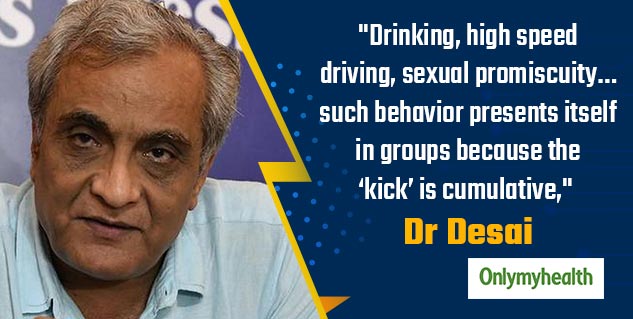 Once A Rapist, Always A Rapist?

Dr Desai says there are enough studies to prove that an offender is more likely to repeat the offence. “Unless the person goes through a really good reformative system, he is likely to perpetuate the crime again. While I do understand the concerns of the citizens and rape victims families, as a dispassionate, objective analysis, punitive systems rarely work well. I believe in the reformative justice system to prevent a once time offender in becoming a repeat offender, but that, obviously, for less severe crimes.”

Dr Parikh shares his thoughts on what can bring a positive change in the society, “Right from school, till colleges we need to focus on gender equality, gender sensitisation and ensure that respect across genders becomes a part of our system, and we should have zero tolerance to any such hints and acts.” 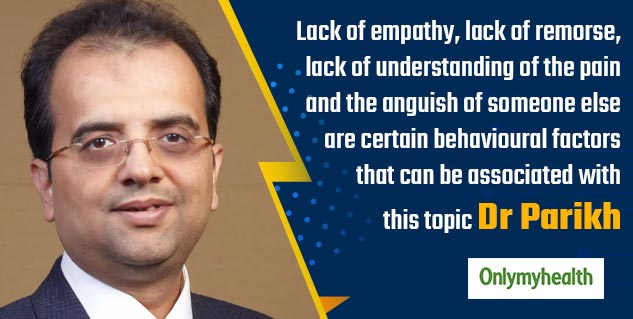 Dr Parikh also stresses on the importance of role models in the society. The social fabric of our society as a whole must be evaluated as well. Because what is, does it say about us as a society when we start searching “Telangana Rape” on the internet days after the Hyderabad horror?

“We are voyeuristic as a society, and in this case, people look at this with a justifiable social angle,” says Dr Desai.

So while there may be no diagnosis or cure for deplorable minds, Dr Raheja says a deviant pattern of behaviour should raise red flags, “In such cases, those in question should be reported to agencies that can help them deal with these psychopathology symptoms effectively.”

MORE FOR YOU
What Causes Night Blindness? Know Risk Factors And Prevention Tips From Expert
7 Yoga Poses You Can Do For Hair Growth
Ajwain Promotes Digestion? Check Out Its Health Benefits And Potential Side Effects
World Stroke Day 2021: 7 Myths And Facts About Stroke You May Not Know
UK Study Finds Link Between COVID Vaccines & Rare Neurological Disorders
Jaundice: Symptoms, Causes, Risk Factors And Treatment