5 Mental Health Issues Your Parents Might Be Prone To

Your parents’ mental health might be at risk. Check out potential issues that are prone to suffering from.

Mental health complications should not be associated with shame and isolation. Even so, society still lacks a good understanding of how to discuss it and how it impacts our loved ones. Mental health issues can hamper the quality of living regardless of the age of the person. But with elderly patients, it becomes more important as they need more care and support from their loved ones.

According to the World Health Organisation (WHO), the percentage of people over 60 years of age in the world will nearly double from 12% in 2015 to 22% in 2050. As of December 2017, 15% of that population was already dealing with a mental illness.

According to WHO, "Depression is both underdiagnosed and undertreated in primary care settings." It is also the most prevalent mental illness among elderly people and can result from social isolation or be a sign of dementia.

When an elderly person feels isolated, it's critical to keep in mind that a friend is just as valuable as a companion. Even when surrounded by others, people might still feel alone, yet having even one confidant or supporter can significantly alter how someone feels about themselves. Family members or the client themselves should be willing to choose whom they'd like to work with and be willing to change if their companion, nurse, or carer doesn't make them feel comfortable. 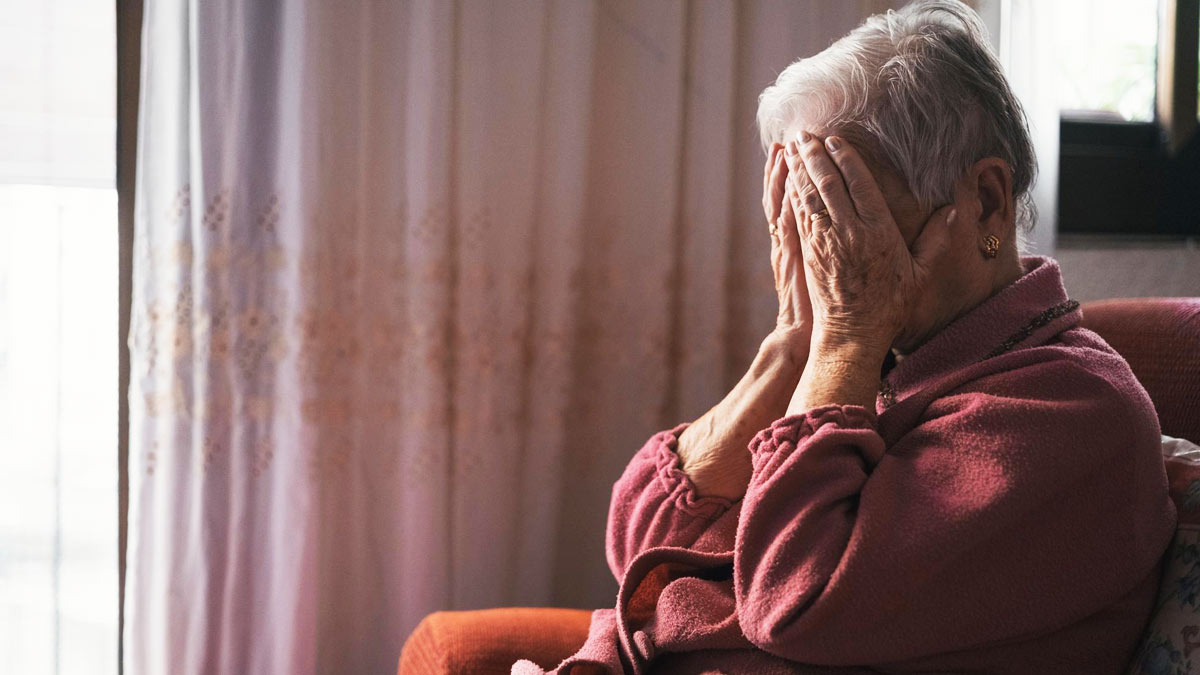 Due to its resemblance to dementia, late-onset bipolar disorder can be challenging to diagnose. Manic behaviour, delusions, disorientation, hyperactivity, psychosis, agitation, and cognitive impairments like memory challenges, lack of judgement, and sensory problems are just a few of its symptoms.

It is challenging to identify and is frequently misdiagnosed in the elderly population because similar symptoms are also regularly experienced by ageing people.

Hallucinations and paranoia are among the many symptoms of late-onset schizophrenia, which can affect individuals after the age of 45.

However, schizophrenia can still strike at any age and affects 20 million individuals globally today. The WHO states that thought, perception, emotions, language, sense of self, and behaviour are all distorted in this long-term, severe mental disease. Hallucinations, hearing voices, and delusions—fixed, incorrect beliefs—are frequent occurrences.

Schizophrenia patients have a two to three times higher risk of dying young from physical conditions like heart disease, metabolic disorders, or an infection, all of which are curable if treated on time.

The good news is that schizophrenia can be controlled; medications and psychosocial assistance have been proven to be successful treatments. Some practical strategies for managing schizophrenia include assisted living, supported housing, and employment.

Unfortunately, stigma and discrimination are frequent occurrences for those who have this illness. Finding the appropriate care, company, and support for persons who are susceptible to discriminating behaviour becomes even more crucial.

Similar to depression, anxiety is a relatively frequent condition in the elderly. According to reports, over half of older persons who experience anxiety also experience depression.

Although many other factors are associated with anxiety disorders, including difficulties sleeping, poor health, medicinal side effects, drug and alcohol addiction, physical limitations, stress, trauma, and more. Constant concern or fear that worsens over time is the core of general anxiety disorder. Warning signs can be:

These signs can influence how a person interacts with others, goes about their daily tasks, and works. To stop this disease from getting worse, elderly people must seek home care, medical attention, mental support, and even counselling, if necessary. Seniors are susceptible to eating disorders including bulimia and anorexia nervosa. It is even more harmful because behaviours and psychological problems that exacerbate these illnesses often go unnoticed. Some warning signs can be:

It's crucial to provide elders with meaningful resources if they need monitoring or assistance in their daily lives or if family members no longer live close by. Home care is still a popular option for families because it saves the client the hassle of looking for care and brings the care right to their homes.

Side Effects Of Excessive Alcohol Consumption On Mind And Body