Memories Pass from One Generation to Another

A new study has revealed that a person can behave in ways reacting to several events that had occured in the previous generations. 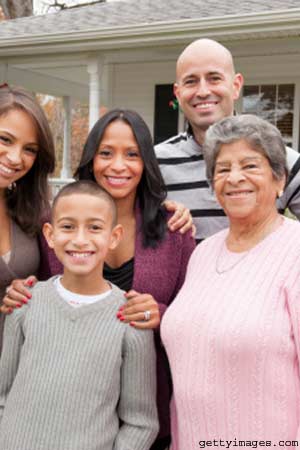 A person’s behaviour can be affected by several events that had occurred in the previous generations. These get passed on through a form of genetic memory, suggests animal studies.

Experiments done by researchers showed that a traumatic event in a person’s life could easily affect the DNA present in the sperm, thereby, influence the behaviour of the subsequent generations by altering their brain. The study was done on mice by Nature and Neuroscience, which showed that those mice that were trained to avoid a certain smell passed this aversion to their future generations. The animals were trained to fear a type of smell that was similar to cherry blossom. Then, the team at Emory University School of Medicine in the U.S. looked closely at exactly what was happening in the sperm.

The report concluded, "The experiences of a parent, even before conceiving, markedly influence both structure and function in the nervous system of subsequent generations," the report concluded.
The findings have provided evidence of “transgenerational epigenetic inheritance” that this environment can affect an individual’s genetics and this can then be passed on.

There doesn’t seem to be any doubt for the researchers on how the sperm and egg would have an effect on the subsequent generations. Interestingly, in the smell-aversion study researchers think that there are some odour that ends up in the bloodstream which then affected the sperm production or the signal from the brain was sent to the sperm to alter the DNA.