Animals are Smarter than Humans!

Humans have been deceiving themselves for thousands of years that they are smarter than the rest of the animal kingdom, despite growing evidence to the contrary, scientists say.

Since times immemorial, humans have been touting themselves superior to the animal kingdom, only to be proved wrong. Scientists have found evidence contrary to the deception that humans are smarter than rest of the animal kingdom. 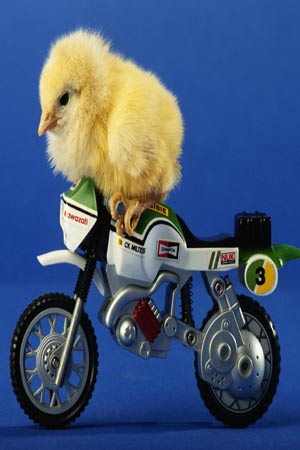 "For millennia, all kinds of authorities - from religion to eminent scholars - have been repeating the same idea ad nauseam, that humans are exceptional by virtue that they are the smartest in the animal kingdom," said Dr Arthur Saniotis, from University of Adelaide's School of Medical Sciences.

"However, science tells us that animals can have cognitive faculties that are superior to human beings," said Saniotis.

The Agriculture Revolution that dates back to some 10,000 years ago had resulted into this belief that humans have superior intelligence. Back then, humans had started producing cereals and domesticating animals.

This gained momentum with the development of organised religion, which viewed human beings as the top species in creation, researchers said.

"The belief of human cognitive superiority became entrenched in human philosophy and sciences. Even Aristotle, probably the most influential of all thinkers, argued that humans were superior to other animals due to our exclusive ability to reason," Saniotis said.

"Animals offer different kinds of intelligences which have been under-rated due to humans' fixation on language and technology. These include social and kin aesthetic intelligence.

"Some mammals, like gibbons, can produce a large number of varied sounds - over 20 different sounds with clearly different meanings that allow these arboreal primates to communicate across tropical forest canopy. The fact that they do not build houses is irrelevant to the gibbons," Henneberg said.