Study reveals how male hormones that can make one aggressive also play a role in making men honest! 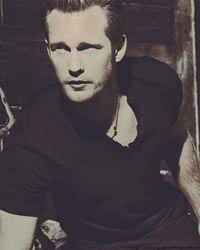 The study engaged 46 people by giving them testosterone gel and 45 people a placebo.  The next day, all of them were called to roll a dice in private. They were promised cash price for the numbers they would get, with the higher rollers getting more money. The men came in, declared their numbers and took their cash price. The researchers found that men who received the testosterone gel self reported their numbers with honesty. The researchers said that high levels of testosterone increase the sense of pride and boost self image and cheating puts both in jeopardy.

Another study from Wayne State University had asked two groups of men to compete and win the attention of an attractive woman and found that those men with lower testosterone levels didn’t even stand a chance. Men with the highest testosterone levels were more assertive, controlled the conversation and clicked better with women. Also, high testosterone levels can help you remain healthy as low levels have been linked to type 2 diabetes and obesity.