Malaria Risks: With the kind of monsoon that Delhi the risk of diseases like malaria increases. With commonwealth games on sight, Muncipal Corporation of Delhi is trying best to keep the risk of malaria and dengue at minimum level.

With the kind of monsoon that Delhi has been having this year, diseases like malaria have been a major cause for worry for the people, the municipal corporation, and even for travellers who plan to make Delhi part of their itinerary this year. And since the city plays host for this year’s Commonwealth Games as well, the worry only increases.

First, what causes malaria? Malaria is caused by a parasite called Plasmodium, which is transmitted via the bites of infected female anopheles mosquitoes. These mosquitoes usually bite between dusk and dawn. Anopheles mosquitoes breed in natural water collections. Stagnant water coconut shells, buckets, tyres and so on that lie out in the open are all good breeding grounds. Construction sites too can provide good breeding places- such as water that is used for curing concrete slabs, water that is collected in open tanks, and any water that has collected in or around the site. Prevention measures include removing these potential mosquito breeding sites or ensuring that they are kept properly covered. 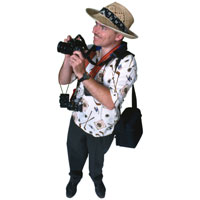 On their part, the Delhi government and the MCD (Municipal Corporation of Delhi) are trying their best to keep the risk of dengue and malaria at a minimum. Apart from fumigation, and ensuring that water does not collect in places where mosquitoes can breed, the MCD has also, for the first time ever, used a special colourless paint that has insect repellent properties and is harmless to human beings. This paint – synthetic Pyrethroid – which has previously been used successfully in several other countries like Turkey and Mexico is expected to keep people safe against mosquito and insect bites for a period of 12 weeks.

So, tourists to Delhi for the Games don’t have much to fear. But if the rains continue, the chances of water collecting in public places only increases and so do the risks of contracting malaria.

Dr. Lona Mohapatra of Rockland Hospital says, “It is advisable for tourists to the country to carry prescription antimalarial and antipyeretic (paracetamol) drugs with them and take normal everyday precautions like wearing full-sleeved clothes, sleep in air-conditioned or well-screened rooms or using bed-nets.” She also advises the application of mosquito repellents (like permethrin) to skin. “The most effective repellents contain DEET (N,N-diethylmetatoluamide)” she says.