Alzheimers Signs and Symptoms - Some people consider weight loss to be one of the signs of Alzheimer’s disease. This article gives you. 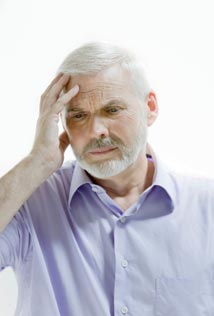 According to a new study, people who are in early phase of dementia are likely to have lower body mass index (BMI) in comparison to people who don’t have dementia.

Initially researchers found out an odd relationship pattern between body mass index and the Alzheimer’s disease. Over the past several years, middle aged overweight or obese people were thought to be at higher risk of developing diseases. Furthermore, older people with high body mass were believed to be at comparatively lower risk.

A new study published in the journal of Neurology offers a clue to the paradox of obesity. Results revealed that non-overweight people in their 60s, 70s and early 80s who didn’t showed no outward symptom of Alzheimer’s had the biological marker of the disease. Findings of the study suggest that lower body mass index and weight loss in later years of life are the possible signs of mental decline.

[Read: How can one Prevent Alzheimer's Disease]

Jeffery M. Burns, lead researcher of the study and associate director of University of Kansas Alzheimer’s Disease Centre said that change in body composition and weight can be the manifestation of the disease. M. Burns continued saying that Alzheimer’s disease triggers metabolism changes this leads to weight loss. All this happens quite before the occurrence of actual symptoms (such as memory loss) of the disease.

[Read: Can we Prevent Alzheimer's Disease?]

Both the groups included people suffering from Alzheimer's disease. Some of the participants had mild cognitive impairment while some had no sign of mental deterioration.

Results of the study only showed association between Body mass index and Alzheimer’s disease. Therefore researchers can’t be sure whether Alzheimer’s directly cause weight loss. The cause and effect relation between the two still remain an area of investigation.