Iron Deficiency: Here Are Some Visible Signs And Symptoms In Pregnant Women

Why iron deficiency is harder in dealing with? Its signs can often get disguised and can tend to overlap with the symptoms of other common ailments.

Iron-deficiency anaemia is a global healthcare concern of frightening proportions. As is the case with most diseases that have roots in dietary inadequacies, its prevalence in the developing world is significantly higher. While extensive literature reviews reveal that up to 52% of all pregnant women suffer from iron deficiency, that number is much higher in a country like India. As stated by Dr Silpi Sood Gynaecologist & Obstetrician Doctors, Infertility Specialist - Nagpur, “It is about time we arrive at a decisive public health policy to tackle this widespread issue. For several decades, governments have tried to carry out awareness programs and attempted to nip the issue in the bud. But, success has eluded us for far too long, and while we calibrate our approach to deal with iron-deficiency anaemia, early detection of symptoms should be one of the focal points of the program.”

Signs and symptoms of anaemia

Along with fatigue, the second sign of anaemia that is nearly omnipresent is reduced appetite. Dr Madhuri Patel MBBS, MD, DGO, FICOG - Gynaecology & Obstetrics, Mumbai, said “A significantly decreased appetite is regularly seen in patients who are suffering from iron deficiency. This is a hazardous sign and deserves our immediate attention for the following reason. It is of predominant concern that we help the patient boost their haemoglobin levels when they have an iron deficiency. To do so, it is a must that they consume a nutritious diet as only a specific amount of supplements can be prescribed. But what is crucial here is that when a pregnant woman has a poor appetite, they struggle to consume that kind of diet that will help them overcome the deficiency. This is a grave concern as iron-deficiency anaemia can have significant detrimental effects on the health of the fetus. Worse of all, the newborn could also be born with anaemia."

Also Read:  Is It Safe To Drink Warm Water During Pregnancy? 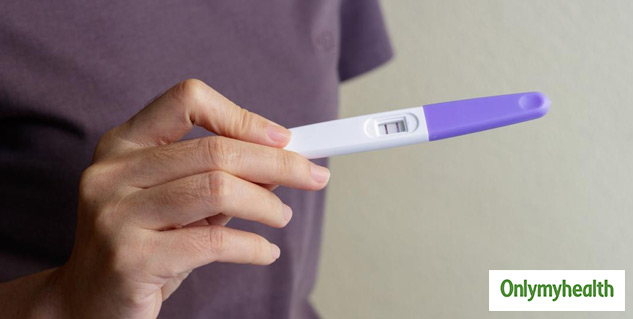 World Health Organization recommendations: What foods to add during pregnancy?

The World Health Organization recommends 12 as the benchmark for a healthy haemoglobin level. Dr Meena Samant MBBS, MD, DNB, Obstetrician and Gynaecologist, Patna, "In policy terms, the first step is to spread knowledge about the need to consume a balanced diet rich in red vegetables like carrot, beetroot and green leafy vegetables. But, it is equally important that we deal with other issues that are specific primarily to India. A prime example of this is that we need to be proactive when it comes to avoiding worm infestations in pregnant women, as it is a common cause of iron deficiency in India. Taking adequate and wide-ranging precautionary measures is the only way to defeat iron deficiency. Whenever one experiences any of the symptoms commonly associated with iron deficiency, they must seek swift medical intervention as early diagnosis always leads to a better prognosis."

Conclusion: Dr Rajul Tyagi Gynaecologist & Obstetrician say that "the most commonly seen symptoms of iron deficiency include extreme fatigue and weakness. Patients often complain that they struggle to get through their daily routines due to chronic fatigue. While people intuitively associate this with pregnancy, it is often a symptom of anaemia." Intimidating as it may seem, conquering anaemia is possible, and we must tackle this challenge head-on and women should remember to take the first step towards anaemia free India by getting their Hb test is done to maintain their Hb level More Than 12.