Recently concluded survey relates demographics to the cause and effect of cancer in India. 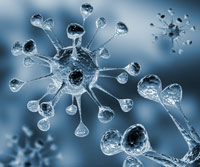 Million Death Study in association with Tata Memorial Hospital of Mumbai and Centre for Global Health Research has recently conducted a cancer survey. The study relates cancer deaths with demographic factors such as place of living, socio-economic conditions, education and religious orientation. Findings of the study associate these factors on the outcome of malady in India.

Million Death Study (MDS) is country’s first ever population-based cancer study that was published in Lancet Medical Journal. In addition, the report pointed out tobacco consumption as the chief cause for cancer, which was referred as 'Emperor of Maladies' in the report.

Report also made a point that rural Indians are less likely to encounter cancer than urban Indians of the same age-group. However, ability to stand against cancer is a reversal of encountering cancer among urban and rural Indians. The report also described literacy rate as a factor to impact getting and succumbing to the malady. Uneducated Indians are more at risk than educated nationals.

The report on cancer also unveiled facts like six lakh deaths annually due to cancer, one death every seven minute due to cervical cancer and seven out of every 10 deaths belonging to the age group of 30 to 69 in India. Some other important revelations mentioned in the report are 40 percent less risk among Indian men and 30 percent among women in comparison to western nations. However, 70-plus group dies of cancer in the west, whereas people in India succumb to cancer at younger age.

Increased Stress May Be Linked to Sleep Problems